In the corporate world, especially in a multinational company, cultural differences in communication often come to the fore. Bank ICBC Indonesia president director Yuan Bin is well aware of the likelihood of such a situation; the bank, a subsidiary of ICBC Limited, one of the largest commercial banks in China and the world, employs mostly Indonesian and Chinese staff. 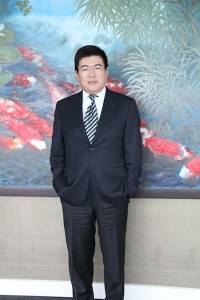 “Just like in any other international corporations, cultural differences in communication within our bank can be strongly influenced by hierarchies. Failing to acknowledge their status or having subordinates greet superiors without due respect will leave a bad impression, particularly in eastern culture. Such an impression has the potential to cause conflict,” Yuan remarks.

Under his leadership, he has made the multinational blend the engine that drives the company forward.

Indonesians and Chinese share many things in common, he believes.

“Both China and Indonesia have eastern cultures rich with ethnic diversity. And we carry with us Asian values of respecting elders, civilization, culture and heritage.”

Yuan acknowledges there are still some differences, such as religion and language, but they can be overcome with his simple recipe: understanding each other’s cultures and beliefs.

“Communication is the key to cross-cultural understanding. However, it is language barriers that often lead to miscommunication. For that reason, despite the use of English as the international language, we equip our Indonesian and Chinese staff with language training,” he said.

Yuan always supports activities designed to increase awareness and respect of the two cultures. One example is the company’s corporate social responsibility that focuses on education and cultural exchange programs.

Understanding each other’s culture builds a good relationship within all divisions of the bank. But the more important thing is to maintain the relationship, “which is essential to keep the team solid. Greeting your colleagues, including your superiors and subordinates, upon your arrival at work is one basic example of how we maintain our relationship”.

A solid team can only become a good asset with the leader’s support for honing the skills of the team’s members, he said.

Training should be regular to maintain top-quality service. In other words, we are talking about the importance of service excellence, particularly in the banking industry,” Yuan said.

The bank established its presence in the nation in September 2007. It has branches in major cities such as Jakarta, Surabaya, Medan, Bandung and plans for expansion. It has shown remarkable performance over the last five years. As of April 2012, its assets exceeded US$2.4 billion.

“With Moody’s and Fitch upgrading Indonesia’s investment grade, my confidence in Indonesia is now higher. This country’s growing economy will boost our deposits, loans and credit card products. My confidence is in line with the bank’s long-term goal of becoming the financial, economic and cultural bridge between Indonesia and China,” he said.

Integrity, commitment, a sense of belonging and concern are the most crucial elements in Yuan’s leadership and management style. He treats everyone in the company as members of the bank’s professional family.

Delegating tasks means trusting his subordinates. Being capable and trustworthy in delivering tasks is what he expects from everyone in the company, as these two characteristics are crucial in making the bank grow.

Asked what his long-term goal is, Yuan said with a smile, “I regard the bank as my daughter and I hope I can see her grow up healthy, just like my only boy at home.”

His family has settled well in the nation in the past six years.

“Since their presence here, my wife and my son have grown to love Indonesian food. In fact, my wife often cooks Indonesian dishes such as ayam gule and soto,” Yuan said with a laugh.

In his spare time, he enjoys swimming with his 14-year-old son, golfing and playing tennis.

Yuan also admires Indonesia’s natural splendor. “Nothing can beat Bali for its unparalleled beauty. The island is my family’s favorite holiday destination.”

An avid reader, his favorite leadership figure is Lao-Tzu, the father of Taoism.

“To lead people, walk beside them […] As for the best leaders, the people do not notice their existence. The next best, the people honor and praise,” he said in quoting the philosopher.

He holds to the principles in heading his office.

“The philosophy of Lao-Tzu teaches me that a good leader has to treat everyone equal and display good examples as the role model for his subordinates. To be able to have such character, therefore, a leader needs to be mentally strong and excel in communication skills.”