As diverse as they are plentiful, thousands of institutions of higher education sprawl across Europe, ranging from universities to language schools and research establishments.

Indeed, Europe has long built a worldwide reputation as a haven for international learning. Recent research from Ohio State University in the United States indicates that among the world’s top 100 universities, 41 are from European countries such as the United Kingdom, Germany, Switzerland, French, the Netherlands, Norway and Sweden.

The United Kingdom is the top destination for foreign students studying in Europe. Some of the renowned universities, such as Cambridge, Oxford and Lancaster offer a collegiate structure. Such universities are made up of a number of colleges, each accommodating its own campus social life and facilities.

“The United Kingdom is truly one of the world’s education centers. Visit Bodleian Library at Oxford University and you’ll be amazed with the library’s innumerable collection of books from across the globe. Or go to the University of Birmingham’s library where you can get familiarized with the thoughts of economist Adam Smith and rare works of William Shakespeare,” said Lia Pranata, a Lancaster alumnus who now owns her interior design business in Jakarta. 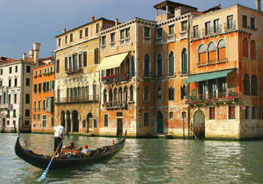 Recalling her first year of taking undergraduate program in Business Economics in 2003, Lia asserted that in addition to academic excellence, blending with other students from different nations had taught her a valuable lesson in understanding other cultures that later helps her in dealing with complexities in the real world.

Studying in Europe also allows students to immerse themselves in a continent with a wealth of traditions and history. Aside from academic pursuit, experiencing cultural exchange of the European diversity is what entices students and professionals from all corners of the world.

For those seeking memorable travel experiences during their academic stay, Europe is an ideal size. Students can conveniently travel from country to country, exploring many cities with myriad historical sites and beautiful sceneries. 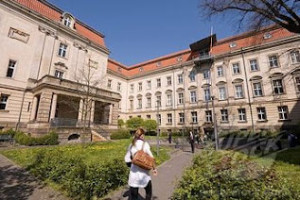 Exploring different European countries with their unique cultures and languages is potential to make one become more tolerant toward perceiving different ways of life.

Students may also take advantage of the chance to learn other important languages apart from English, such as Spanish or French.

Drew Callahan, a real estate agent from Baltimore, the United States, last year enrolled in a 20-week Spanish program at the Don Quijote Language School in Madrid. He was amazed with the progress.

“Spanish is considered the second spoken language in the US. It is one of the world’s beautiful languages and I have always wanted to be able to speak and write it well. When it comes to honing your language proficiency, nothing is better than learning the language in its place of origin,” Drew averred. 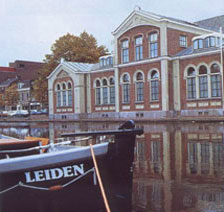 He added that other than learning the language, his short stay in Madrid took him to discover the charm and grace of Spanish culture and the country’s historic architecture and its stunning landscapes.

Rudi Putra, director sales of a hotel chain in Kuala Lumpur, Malaysia, had a similarly positive experience with a European university program. He said that his past hospitality study at Hotel Institute Montreux (HIM) in Switzerland has very much contributed to his success in his current career.

“On top of using English as the language of instructor at the school, I also had the opportunity to learn French. No less importantly, the school provided great curriculum that thought me self-discipline as well as facilitated me with a dynamic, multinational environment that allowed me to build an international network; all were the seeds to later develop my potential in the hospitality industry,” Rudi attested.

Europe is also a hotbed of research and innovation. The presence of many top experts and cutting-edge technologies will benefit many foreign students seeking to gain valuable knowledge and skills.

Andre Syahreza, the managing editor of Jakarta-based Scope Publishing, took post-doctoral study in Leiden, the Netherlands in Summer 2011. As a fellow researcher at the Royal Netherlands Institute of Southeast Asian and Caribbean Studies, Andre conducted a two-month research on new historical novels narrating Indonesia’s pre-colonial eras in the time of Majapahit, Sriwijaya and Padjajaran Kingdoms.

By the end of the program, he had produced a 6,000-word dissertation on the novels. The article will be published in the school’s academic journal to be distributed to academic readers at top universities throughout the world.

With regard to his short stay in Leiden, Andre was impressed with the cultural and sociological contrast apparent in modest towns of Leiden and Den Haag. “The infrastructure is very well established, leaving no space for gray areas. It’s something that we, Indonesians, need to learn. It was really a good break for my professional career, indeed. Despite its short-term period, my academic research stay provided me with valuable experience that paves the way for long-term benefits potential to enhance both my personal life and career.”

Text: The Writerpreneur.  Published in The Jakarta Globe Special Supplement on Nov. 10, 2011.