Believing in the power of drawing, the architect and interior designer veteran Thomas Elliott has translated a myriad of ideas into innovative interior design practice. Aulia R. Sungkar writes.

Met by Registry at his state-of-the-art office in Kemang, South Jakarta, the CEO of PT PAI smiles benignly, “Just call me Tom.” Recalling his childhood, he says he always wanted to be an architect since he was a kid. 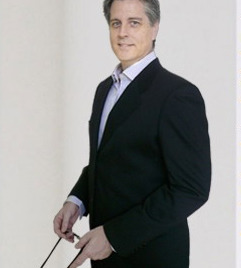 Tom’s dream eventually reached fruition. Holding a California architect license, Tom went to California State Polytechnic University, San Luis Obispo before taking his last academic year at the University of Florence, Italy where he graduated in 1983. His bachelor’s degree in architecture without doubt was an entry ticket to working as a lead designer at Austin Hanson Group, San Diego, CA; a career milestone that later climbed him to a success in the realm of both architecture and interior design.

Turning 50 this year, the Boston-born has won many awards for his remarkably outstanding portfolios. The following are only a few of the awards he has conferred: Gold Nugget, Best in the West for California’s acclaimed Aviara Master-planned Community in 1986; AIA Award of Merit for Winton Residence, San Diego in 1989 and Home of the Year by San Diego Home & Magazine for Winton Residence in 1990.

Within the success in both architecture and interior design fields, Tom finds the two are inseparable elements in the art of designing and building. Nevertheless, he admits the more he’s experiencing the architecture realm, the more he is aware that people can have a better notion of communication architecture when they feel the interior space is more important than the face of building. “You don’t live in the face of building. You don’t touch it. In fact, you are not sitting on it. But the decoration, furniture and accessories adorned are what contribute to a living space.” 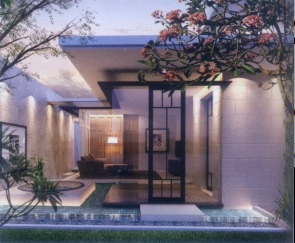 Married to Emilia, Tom is blessed with two children, Emma, 4, and her younger brother the three-month old Jaden. His role as a father to his children has remained with him in a family oriented leadership in running the company. Tom’s leadership and management approach of leading by example is a means of encouraging and motivating his employees to deliver the service at best.

Taking the lead as CEO, Tom is currently supervising 70 employees whom collaboratively work under his concept of “let my drawing do the talking.” The concept derives from Tom’s wealth of experience in a way that he applies his personal design vision and aesthetic that fit with today’s lifestyle.

In implementing this concept, Tom encompasses 3-D rendering software into his interior design practice. “Through the use of the software, we are able to create the design as well as products like furniture, lighting and accessories in stylish ambience and background regardless of the style preference. The ambience of a home itself is a reflection of furniture, lighting, accessories and other related home decorations.

Over the years, PT PAI has won the trust of business clientele not merely due to the sophisticated feature of the software. But more importantly, Tom’s programmatically high-quality designs, coupled with attention to the quality of materials and detailing, bring in new products and information to the clients. “In doing the business, we cater to the needs of our clients accordingly.” 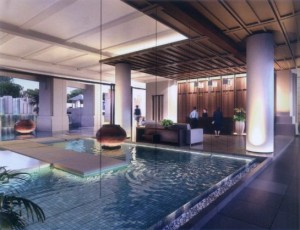 Bringing in premium furniture and interior design products through Tom’s notion and the world’s trends, Tom furthers, “You shouldn’t stick at your gun when it comes to a trend. Any style can be beautiful, regardless of whether it is minimalistic, classic or modern. So long as the style touched in entire design process is done with scrupulous care.”

Tom himself is currently building his own house in Menteng, Central Jakarta. Having a mixed style of Javanese and modern, his idea of designing the house is a fruit-bearing of his own insight that fills with colours and details. Blending the elements of Javanese traditional culture and modern style creates a sense of being the best of both worlds, Tom asserts.

Working in collaboration with business partner, Lanny Ridjab who established PT PAI in 1985, Tom has pampered scores of socially prominent figures with his exquisite and unique private residential designs in both architecture and interior.

His shining works, be it in Indonesia or overseas, witness his ideas that derive from listening to clients and their needs. Bearing the flag of PT PIA, Tom’s expertise has contributed to an array of complete projects ranging from urban mixed use projects, exclusive hospitality to specialized custom residences. Among them are The Grand Mahakam Hotel, Four Seasons Health Club and Apartment Permata Hijau. 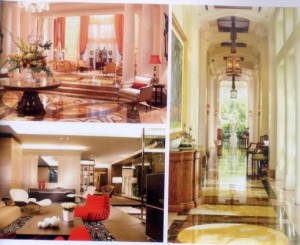 “But my current challenging yet enchanting project is Residence 8, a five-star plus apartment in Shanghai,” Tom says. Comprised of two apartment towers, the project is developed by Shanghai Apartment (Mauritius) Company Ltd, the company owned by David Salim, membership of Salim family.

Very motivated and dedicated, indeed, Tom says he has no time for leisure. However, he likes to take pictures of different scenes when travelling, though most of the times he travels for work.

Amazed with the great improvement of how Indonesian cosmopolites now have better appreciation on interior design compared to when he first arrived in Jakarta back in 1992; Tom remarks that the interior design in Indonesia was really basic in the early 1990s. “The condition, however, is changing as more world-class interior designers have come to the country, fostering a better public appreciation and understanding for interior design. Likewise, there is a significant increase in the demand for more stylish decorations in buildings such as residential, hotels, malls and offices, to name a few.”

Notwithstanding the capacity of those expatriate interior designers having contributed to the better stylish design in Indonesia, a number of acclaimed local architectures have emerged nationwide. And they have now been exporting their talent overseas, he adds.

In line with the fact that interior design is more appreciated than hitherto, Tom says that there is lack of marketing perspective. The marketing should take better promoting role like organizing a campaign that can help people understand the value of interior design.

“I think people understand what architect does but they often don’t realize the power of interior design,” Tom remarks. “The interior design is what actually we live in. It has the power of changing to something that initially was nothing. You know, the building itself can be blank where filling in the blank takes more than an art. It’s the work of creativity and innovation.”