Blessed with outstanding talent, Krisdayanti attests that being persistent in her career path is what has climbed her to the top. 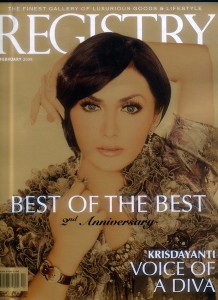 By far the Indonesia’s most popular and highest paid female singer, KD, as she is better known, stepped into her singing career path when she was only nine. Able to cope with all the setback she experienced during her first years of career journey, the determined KD recalls her teenage triumph in the early 1990s that witnessed a number of achievements in a myriad of singing competitions and modeling pageants, which later climbed her to stardom.

Dubbed one of the three divas along with Titi DJ and Ruth Sahanaya, KD has acclaimed her fame. After the success of the single Semua Jadi Satu (All in One) in 2006, which is also named for the album; the three divas have managed to stay atop with their latest single A Lotta Love, which was released in 2008.

In the onset of the year of Ox, KD still keeps an eye firmly on the career road as she is now focusing on producing more hit singles using the label of KD Production. “My album I’m Sorry Goodbye by Warner Music in 2007 has thus far been my last album. As we are now living in the digital era where more innovative products and services are being brought to the table, people nowadays prefer to purchase downloaded songs than the whole album.”

Notwithstanding all the success she has achieved, KD admits her husband, Anang Hermansyah, has a far-reaching influence on her career. She remarks that Dilanda Cinta (Falling in Love), the single duet of Anang and her, is KD’s greatest wedding anniversary gift from her lovely hubby. Written by Anang and released on their 12th wedding anniversary on August 22, 2008, the single has kept KD hitting on the road to more success.

With a lovely smile, KD who is currently building a prestigious hotel in Bali, remarks, “Life is like a roller coaster. Likewise, there are ups and downs in my career. The presence of my husband supporting my career is smoothening up the way. Not only is he the man behind my success but also the leader of the family,” 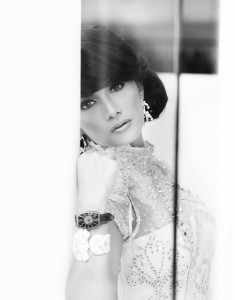 Born in Batu, Malang of East Java on March 24, 1975, KD is married to Anang Hermansyah and blessed with a daughter, Titania Aurelie Nurhemansyah, ten, and a son, Azriel Akbar Hermansyah, eight.

Amidst her busy schedule, family is very important to KD. In raising her children, she is doing her best for her children to reach potential learning. “As childhood is a very crucial stage where human development roots; I believe that being a good role model for my children is significant in order to inculcate in them high moral standards.”

KD always emphasizes on the value of honesty in not only her career life, but also in being paragon for her children. “I always hold the belief that honesty in the end will triumph. Honesty can defeat all evil things and it will pave the way for a success.”

Asked what activities she likes to engage at her leisure, the beautiful diva who has bestowed dozens of awards replies, “Staying home and shopping!”

Home is the best place where she likes to spend her time with her family. Thus, having a comfortable house is very important. KD says, “A house should not be measured by the size, but by all the comforts of home. That’s why I like to organize, clean and adorn my house with all the decoration that can create the feel of comfort.” 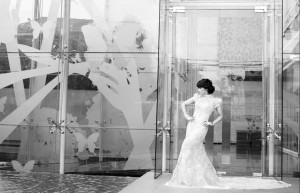 As for shopping, strolling down a mall in Breton, France while searching for high-end apparels is one of her vacation agenda with her family. “But I also like Gotemba outlet, which is located at the base of Mt. Fuji, Japan. Surrounded by wonderful nature of landmass; shopping at Gotemba truly puts me in a jovial mood. It’s a one-of-a-kind different shopping experience,” she avers.

Alexander Mc Queen is KD’s all time favourite best fashion brand owing to the brand’s sophisticated chic style. Louis Vuitton is what she treasures the most for shoes. “I only buy the limited edition models, not the signature ones. And I really like wearing high-heeled shoes. I can even run on the stage with 12-inch high-heels. Wearing high-heels, to me, is an expression of being smart glamour.”

In her dictionary, being smart glamour means to keep creating and innovating her artistic talent at best. Indeed, she’s been working on her upcoming soundtrack song, Menanti Cinta (Awaiting Love). The song is for the cinematic movie, Ketika Cinta Bertasbih (When Love is Beading), that will be premiered on June 11, 2009. 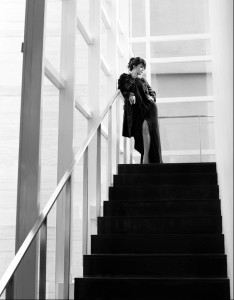 In addition, KD is planning to have her book launched on May 9 this year, during which she will perform a live show in Singapore. This is the second book written by Albertin Endah. “Unlike the first one, which has more pictures highlighting beauty, stage, make-up and wardrobe; the second book will have more editorial content talking about my personal story.”

Ranked 31st among the 99 most influential women by a noted media, the get-up-and-go KD concludes, “Targeting young career mothers; Albertin’s second book is where I will be sharing with the readers the secret of my success in the way that persistence is what made my dream reach fruition.”

Text by Aulia R. Sungkar, published in Registry, Best of the Best (2nd Anniversary), February 2009, as a cover story.