Implanted a love of reading since childhood, Hanifa Panigoro tells Aulia R. Sungkar her aspiration to become a comic writer.

Hanifa Panigoro looks shy in a flash. But it was just a matter of minutes after having a chat with her, the youngest child of Hilmi and Deti Panigoro is in fact an outgoing girl. 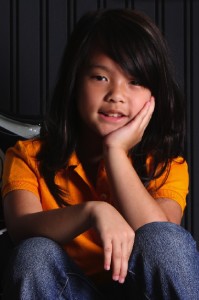 Known by her friends by the nickname ‘Ifa,’ the rather tomboy wearing orange Lacoste shirt and Guess jeans enthusiastically shows her collection of books, magazines and comics. “Reading is one of my daily staples,” she says with a charming smile.

Ifa is by far able to digest the reading context compared to many children at her age. This can be seen from how she elaborates on the Geronimo story, “I like the animation in the story where the author uses Geronimo, who actually is a mouse, as the main character. The Geronimo mouse is indeed the chief editor of The Rodent’s Gazette, a popular newspaper in New Mouse City…”

Truly, her parents have successfully implanted Ifa a reading habit since her early age. She enjoys reading comics and classic story books of fairy tales and fables such as Cinderella and the Ant and the Grasshopper.

Even though purchasing books can sometimes become her impulsive behavior when visiting a bookstore, Iva frequently borrows books from library at school.

Comics have also inspired Ifa to be keen on drawing. Besides drawing on canvas, she likes to create images using paint brush software in her laptop.

Ifa is now already in the third grade, a year younger than most of her classmates, at High/Scope Elementary School. There are many things that Ifa likes about going to this national plus school. Other than using English as the language of instruction, Ifa, who was born in Jakarta on February 17, 2001, says that in addition to hanging out with friends, the school’s library is what made her eager to go to school. “And of course swimming pool!” she adds citing that she likes swimming at her school more even though she has a private swimming teacher regularly coming to her house.

In addition, as she furthers, the two-way interactive learning curriculum at her school has provided flexibility to enjoy schooling. “At my age, playing is very important and I don’t like to be forced into studying too much. I got bored easily. So, the enjoyment, to me, is very crucial in the learning process. My teachers combine the concept of both playing and learning simultaneously. The more I enjoy my time at school, the faster I can absorb the knowledge,” Ifa remarks. 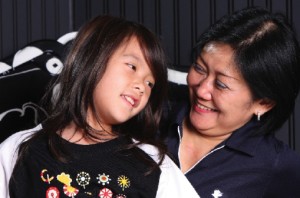 The little cute Ifa realizes the importance of numbers. So, she regards Math as her most favourite subject at school. Then come English and Art as the second and third best, respectively. “Regardless of the subjects you learn at school, they must have something to do with reading. So, I don’t put reading in the list since it has already been implanted in my blood,” Ifa asserts confidently.

Once was ranked third in South Jakarta children singing competition and ranked first in creative dance in 2004 and 2005, respectively; Ifa, who is thinking of learning more piano, says that friendship is very important. “My friends often come to my house and they sometimes stay overnight during weekend. At my last birthday party at Bondies, Kemang, I invited hundreds of my friends and relatives.”

Being rather tomboy, Ifa who prefers to wear jeans and polo shirt rather than skirt, likes playing radio-controlled car, as she displays her formula one model in her room. As such, she has a boyish double-decker bus bunk bed design coloured with the combination of green, blue and pink.

On the other side of her being tomboy, Ifa, who likes many colours, shows her feminism by adoring the colours of pink and orange even though she likes black and white best. Her collection of Barbie dolls is also the witness of what a girl at Ifa’s age is like.

“I also like going to malls on weekends for shopping and dining. Senayan City is the best one, though I like Pondok Indah Mall and Pacific Place, too,” Ifa says adding that Burberry, Lacoste and Zara are her favourite fashion labels. “But I like Lacoste best!”

At malls, Ifa is always crazy about fast food like McDonald and Pizza Hut. But she often asks her parents to accompany her to go to sea food restaurants on weekends. “My favourites are Ah Yat at Senayan and No Signboard at Pacific Place and in Singapore. I don’t like shopping in Singapore, but the food there is so tempting. Crystal Jade in Singapore is second to none.”

Travelling is another part of how Ifa and her family like doing. “The two most amazing cities I have visited are Paris and Hong Kong because they have wonderful Disneyland. But I like the one in Hong Kong better. 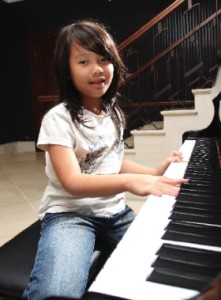 “The scariest one to me is Bali because there’s a house lizard (toke) at my villa,” she recalls her last visit to Bali in February where the family had to move to Conrad Hotel because of the toke.