As one of several Asian nations enjoying highly favourable economic growth rates, Indonesia is increasingly appearing on the international investment radar. Southeast Asia’s largest economy continues to show a positive outlook for real estate investors, with a growing number of high net worth individuals contributing to a boom in Jakarta’s luxury condominium market. 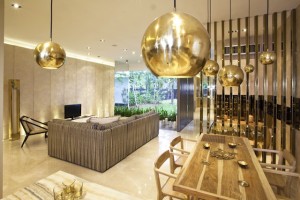 The Indonesian capital has seen significant price increases at the luxury end of the property market this year. According to a report from Jones Lang, 8.7 percent price hikes were recorded in the first quarter of 2013, representing a 32.9 percent rise year-on-year. Anton Sitorus, head of research at Jones Lang LaSalle Indonesia, says that solid demand from domestic cash-rich-buyers continues to drive the skyward surge, especially for luxury condominiums.

“Along with the benefits of strong growth in the leasing sector, local buyers are capitalising on significant upside potential that has resulted due to scarcity of land and properties in prime areas,” he say.

Adding to the observation, Luke Rowe from residential project marketing arm of Jones Lang LaSalle Indonesia believes that incremental investment value is what still attracts high net worth individuals to cash in on Jakarta property. 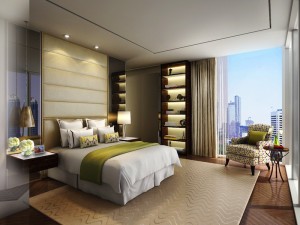 “Only five years ago the property prices in Jakarta were estimated at around one-fifth of those in Kuala Lumpur and one-tenth of Singapore’s,” he says. “The prices have doubled in the last three years, so the gap has narrowed. In some circumstances the prices have even tripled. With a population of mare than 240 million, Southeast Asia’s largest economy is definitely catching up.”

Compared to its regional property market cousins, however, property prices in Indonesia started from a very low base. Despite such significant increases, with an average of US$4,000 per sqm, the upper end of the Jakarta market is still priced very favourably when compared to luxury real estate in other international business hubs, such as Hong Kong and Singapore. 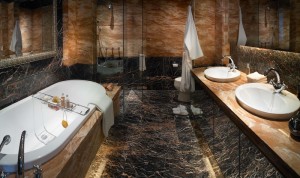 Indonesia’s stable economy has led to a serious increase in domestic purchasing power, creating more demand for property products, including those at the top of the price ladder. Based on the data from Indonesia’s Central Statistics Agency, the national economy grew 6.3 percent in 2012, down slightly from 6.5 percent recorded in the previous year. To maintain a favourable economic condition, Bank Indonesia had reduced its benchmark interest rate from 6 percent to 5.75 percent by the end of 2012. 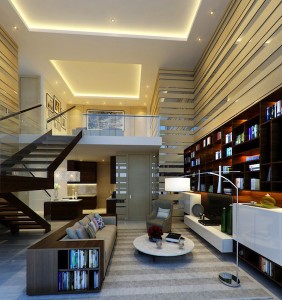 According to IP Global’s recent Property Barometer report, Indonesia’s strong investment climate is due in part to the continued increase in its middle-class and affluent consumer population, which is expected to reach 141 million by 2020. Strong growth in the luxury residential sector means current yields are at 9.5 percent.

With such favourable conditions, more foreign investors are casting a weather eye at the luxury condominium market in Indonesia. Unfortunately, the have to balance the benefits of property investment with the fact that the Indonesian property title system is still very much a hangover from Dutch colonial days. 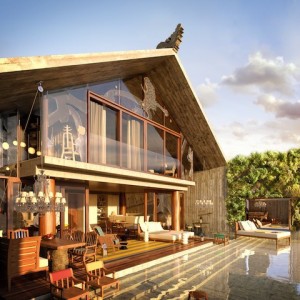 “There is complexity that requires full understanding when it comes to foreign property investment.” Suhendro Prabowo, chief operating officer at Intiland Development, advises, “There are certainly opportunities for foreigners to participate. But we recommend that international investors seek the advice of expert real estate agents and prudent legal counsel.”

A form of ownership title was specifically formed for expatriates in Indonesia, enabling their participation in the property market and although the land title system requires considerable study and understanding, leasing property is relatively straightforward. As is the case in other countries in the region, purchases can be handled using a variety of different means and although freehold titles are not permitted in a foreigners’ name, there are workarounds.

With a population of around 26.5 million, Jakarta and its vicinity now boast over 90,000 apartments. Jones Lang LaSalle predicts that there are 30,000 new apartments will be released into the market over the next three years, 68 percent of which have already been sold off plan.

The trend for a condominium based property market has not only taken hold in Jakarta, but also on Bali. Despite Jakarta being the main market focus, domestic developers have been eyeing the tourist island to attract more international investors. Unlike in Jakarta, where people buy for investment purposes and/or owner occupation, many international buyers still seek Bali as a second home and retirement destination.