Indonesia’s first and largest wine boutique and lounge offers not only a great selection for wine shoppers, but also a one-of-a-kind hangout. 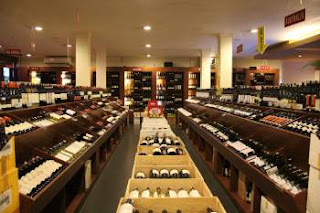 Situated in the heart of Kemang, VIN+ epitomizes the neighborhood’s reputation for sophistication and relaxation, providing not just a first-rate wine shop but also a laidback hangout for wine lovers.

With ample room for browsing the collection of over 800 wines and spacious seating for those who want to sip and chat, VIN+ is more than just a wine shop. That’s fitting, since “VIN+” in French means “wine and more.”

Cozy, relaxing and friendly are the three words that best describe VIN+. The décor and lighting create the distinct impression of being in a little slice of France in the center of Kemang.

The shop’s vast offering of old and new world wines from 12 countries makes it a good venue for both the wine-lover and the wannabe. Stroll the aisles and search for a 2006 Australian Cabernet Sauvignon or a 2005 French Merlot to take home. Or simply uncork a bottle with friends or colleagues in the lounge, which seats 75. 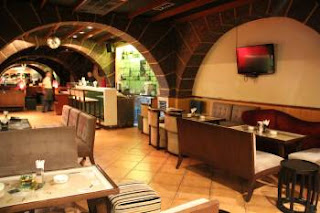 “Sixty percent of our collection is red wine,” says Ferdi Komarudin, VIN+’s marketing manager.”The demand for red wine is the highest, followed by white wine. Australian and French brands of Merlot, Shiraz, Cabernet Sauvignon and Bordeaux are among the favorites. While, Chardonnay is what customers ask for the most among white wine.”

Not many customers ask for dessert wine, but some, mostly women, like to gather with friends drinking ice wine, he says.

“Champagne is very seasonal. Not so many people ask for it, but the demand skyrockets during the first three months before Christmas. Moet et Chandon and Dom Perignon are the leading brands for the champagne,” Ferdi says.

Prices vary significantly. While customers can listen to mellow music while enjoying a Rp 400 thousand bottle of wine, serious wine aficionados can head into a special room that stores wines priced at between Rp 10 million to more than Rp 100 million a bottle. 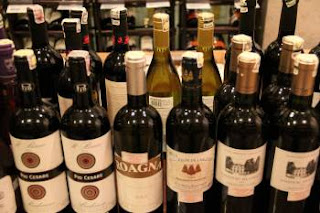 “Also, if you want to pair your wine with steak or other dishes, there is Mix Grill next to the bar,” Ferdi says, pointing toward the establishment next door. “We collaborate with Mix Grill so we can provide customers with authentic western food that can be perfectly paired with their choices of wine.”

VIN+ also sells high quality cigars from Cuba, Dominica, Honduras and Indonesia. “We don’t have that many cigars to offer, but for some people, drinking wine and smoking cigar can make for a perfect day,” Ferdi adds.

VIN+ regularly hosts in-house wine tasting on Wednesdays. Ferdi says that the idea behind the weekly event is to educate customers about vintage wines.

Since last year, VIN+, which opened in 2004, has attracted more and more young customers and Indonesians. “Most people who regularly came here were senior customers and expatriates. Even now, they still make up a significant number. The presence of more locals and younger customers makes this place more colorful,” Ferdi says.

Opened from 10 a.m. to 2 a.m. seven days a week, VIN+ has become more than a place to secure the wine you’re looking for. An increasing number of people come just to hang out and enjoy their time there. “We have more people coming here to chill out,” he says.
Following the success of VIN+ in Kemang, the shop opened a branch in Arcadia Plaza Senayan in 2009.