Exploring the charm of the best of both worlds 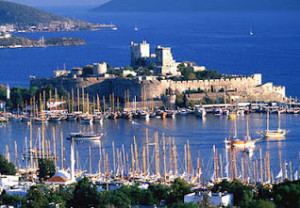 At the crossroads of Europe and Asia, Turkey takes visitors to reminisce on the dawn of civilization. This evocative land is where Alexander the Great pulled out his sword and slashed the Gordion Knot, where Achilles battled the Trojans in Homer’s Iliad, and where the Ottoman Empire had its victory that led to the birth of modern secularism.

The history and geographic location have made Turkey a unique country where western and eastern cultures harmoniously blend.

Spending a laid-back afternoon at a hamam (Turkish bath or sauna) is truly enjoyable. You will be pampered with the feel of the warm waters off the Mediterranean coast in a cozy ambience. It’s a superb place to unwind, indeed. 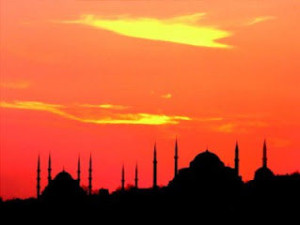 Hamam is a bathing method of cleansing and relaxation that gained popularity in Western Europe during the Victorian era. Hamam is similar to sauna, but more related to ancient Greek and Roman bathing practices.

Not only exclusively available to men, many women find the enjoyment of this ancient tradition of steam bathing.

For those who love to engage in more adventurous trip can head east to Nemrut Dagi National Park, the star attraction of eastern Turkey. Located precisely in southeastern Turkey, you will sense the mystique that emanates from the park’s stunning scenery and historical sights.

Bon vivants don’t need to look further than Istanbul, as this Turkey’s largest city has many to offers to visitors craving for stylish and atmospheric lifestyle destination. 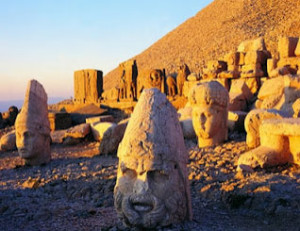 stanbul is known for its variety where factor is more into the equation. Try to explore every corner of this metropolis and you will know why Istanbul is dubbed one of the world’s most exciting major cities.

Here you can visit Byzantine churches and Ottoman mosques in the morning, shop in cozy boutiques during the afternoon and hanging out at happening night clubs through the night.

The live music scene in the city’s night life takes visitors to the enjoyment of energetic tunes with a unique East-West twist.

Among the recommended sites to visit are the Blue Mosque, Basillica Cistern, the Grand Bazaar and of course the waterfront.

Going for sightseeing at the Bosporus strait is another remarkable trip. The beautiful scenery of the strait, which is located between the Black and Marmara Seas, divides Europe from Anatolia (the Western peninsula of Asia).

History has transformed Istanbul as the European capital of culture, yet the restoration of buildings still gives the city a breath of the best of both worlds. 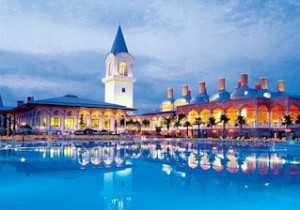 With the birth of new generation of artisans that has refined the country’s traditional crafts industries, coupled with the presence of modern malls, Istanbul is now a hub of unique shopping experiences.

A trip to Turkey without visiting the country’s capital city will not make a great journey. Ankara, Turkey’s second largest and the capital city, has the presence of physical past worthy of historic significance.

Ankara boasts two monuments that reflects the history of Turkey – the Anit Kabir, a tribute to life in death, and the beautiful Museum of Anatolian Civilizations.

Literally means memorial tomb, Anit Kabir is the mausoleum of Mustafa Kemal Ataturk, the founder of modern Turkey and the first president of the Republic of Turkey. 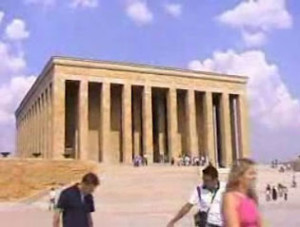 Entering the right of the tomb, you will be amazed with Ataturk’s memorabilia, personal gifts, recreations of his childhood; all of which depict the charisma of Ataturk that still sparks over the Turkish people. Downstairs, there are murals portraying the War of Independence and the formation of the Republic of Turkey. As you approach the center of the tomb, you will find the gilded inscriptions of quotations from Ataturk’s speech at the republic’s tenth anniversary celebration.

The museum exhibits classical Greek and Roman artifacts and a display on Ankara’s history. It is advisable that you get there earlier to avoid the flood of visitors. 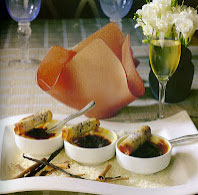 To top off your journey – whether you are in Ankara, Istanbul or other parts of Turkey – try to sample Turkish cuisine, which varies across the country.

Mainly inherited from Ottoman cuisine, the food is a fusion of Central Asian, Middle Eastern, Balkan and Western European dishes.

People in the regions of Bursa, Izmir and Aegean prefer to eat seafood with rice. The Black Sea anchovy (hamsi) is popular in the Black Sea region.

Traditionally, Turkish food is not spicy and many like to eat grilled or roasted mutton, lamb, beef and fish. Kebabs, mezes and desserts such as baklava, kadyif and kanafeh are famous in the southeast region and central Anatolia.

Just pay a visit to any of the restaurants serving the above dishes and let your palate be spoiled with such delicious dishes. To conclude your meal, sample the legend confection, which is known to the world as Turkish Delight. It’s Turkey’s most famous confection dated back to the Ottoman Empire.