A group of the Indonesian chapter of Young President Organization (YPO) members track down the beauty of historical Jordan and Israel with all the wonders offered.

Built like Rome on seven hills, the joy of exploring the city of Amman began at our hotel rooms. Situated between the prestigious Al Sweifiyah residential area and the Shmeisani financial district, the Four Seasons Hotel offers the city’s finest setting. The comfortable rooms on hilltop location feature breathtaking views of the surrounding cityscape.

Amman has been the official capital of the Hashemite Kingdom of Jordan since the 1920s when King Abdullah established the seat of his new government here. But the city’s history stretches back as far as the Early Bronze Age (3000-1200 BC).

Our first agenda was visiting Royal Automobile Museum. Depicting the history of the Hashemite Kingdom of Jordan from the early 1920s to the present, the museum features exhibited cars that highlight not only the life of His Majesty the late King Hussein, but also the country’s automotive advancement and its transformation as early as the Great Arab Revolt during World War I.

Guided by a private tour, we were taken into the interior forum where we had a sumptuous dinner surrounded by the most preserved collection of the Royal family’s cars. The Hashemite legacy was astonishingly within our reach!

We concluded our first day of tour at the hotel enjoying the evening entertainment of The Orientals, a fusion of classic quartet, before gearing up for more thrilling adventure the following day. 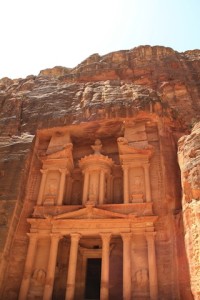 The Sunday’s shiny day geared us up for discovering the Biblical history of Petra. From Amman, we drove south along the scenic King’s Highway over mountains and through the beautiful Gorge of Amman, known today as Wadi Mujib.

On the way to Petra, we stopped for a lunch at Nabatean Cave, the 2,000-year-old Nabatean tomb turned into a classy pub. Seating is actually arranged in little side-tombs, though some may find this a bit morbid. But we found an outside seating area more exciting.

We entered the site of Petra on an 800-meter horseback before continuing on foot. The ancient city of Petra was built from 800 BC to 100 AD by Nabatean Arabs, during which the city was wrapped with a fortress, carved out of craggy rocks and virtually inaccessible. Petra reached the peak of its fame after the Romans took over during the first and second century.

Covering an area of 100 sqm, Petra has more than 800 monuments. The most renowned monument is the Khazneh, which is also the first to greet visitors arriving via the Siq, the city’s main entrance. Literally means the Treasury, the Khazneh was used as a hiding place for treasure. The site was filmed in Indiana Jones and the Last Crusaders.

Petra leaves an unforgettable story for visitors worldwide. When shipping slowly displaced caravan routes, the city’s importance was gradually dwindled and then lost to the world. It was in 1812 when the city was rediscovered by the Swiss explorer Johann Ludwig Burckhardt. Petra is now Jordan’s number 1 tourist attraction, known as the “rose-red city half as old as time”.

The next day was visiting Jerash. Located 29 miles north of Amman, Jerash is second only to Petra in tourist appeal. The city is also known as “The Pompeii of the Middle East” for boasting the most complete ruins of a provincial Roman city in the world.

Here at a well-watered site in the hills of Gilead, remains from Neolithic times have been found, as well as those of Greek, Roman, Byzantine, Umayyad and

others. Jerash’s golden age however arrived with Roman rule, and is acknowledged today as one of the best-preserved

provincial cities of the Roman Empire. Jerash was a member of the Decapolis, a dynamic commercial league of ten Greco-Roman cities. When Emperor Hadrian visited Jerash in 129 AD, the city was already thriving. To honor its guest, the city raised a Triumphal Arch, just one part of massive building program that followed.

Today, people can walk beneath the imposing south gate and make their way up the ‘Street of Columns’ – the Roman Cardo – running 600 meters north from th

e Oval Plaza. As we stepped over the tracks of chariot wheels, which are still visible in the paving stones, we found ourselves imagining those followed the exact same path so many years ago.

In addition to Jerash, our all day panoramic tour includes exploring old and new parts of the Amman city with an evening dinner at Ren Chai Restaurant as our last stop. Designed for upscale clientele in nature and contemporary setting, the restaurant offers over 100 items of Cantonese and Szechwan delicacies. Sitting in an open area overlooking the restaurant’s Asian styled garden truly put us in a jovial mood. 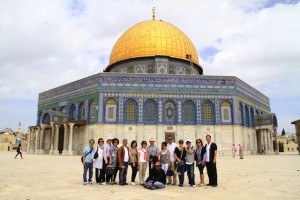 Israel was our next destination for the remaining six days. After driving along the Dead Sea to Masada, we continued the journey by cable-car toreach the stronghold of the Jewish Zealots, Herod’s palaces and other historical sites. Some 2,000 years ago, Roman legions stormed one of the two paths to the top of this sandstone mountain to reach the stronghold.

Qumran Caves marked our beginning trip to Jerusalem. Situated on the Dead Sea’s northern shore, Qumran Caves is the place where the Dead Sea scrolls were found. The caves were once the stronghold of the Bar Kochba revolt, and now is a national park.

Thevplace was also the home to the Essenes, a mystical sect that started after the death of Jesus. In 1947, a young Bedouin shepherd accidentally found manuscript fragments in the caves. The fragments from the Books of Exodus, Isaiah and Psalms are now on exhibit in the Israel Museum in Jerusalem.

We were lucky to find the hotel at the heart of the city overlooking the ancient walls of the old city of Jerusalem. It is at King David Hotel where we started the memorable moment exploring the old Jerusalem. And of course we did not forget to enjoy the Sound and Light show at the Tower of David, an ancient citadel located near the Jaffa Gata entrance to the Old City of Jerusalem.

The fun continued as the laid back evening took us to Chakra, an eccentric dining venue and a pioneer of other restaurants on famous Shlomzion HaMalka Street. A beautiful seating area with huge windows wraps around the entire bar, and a nostalgic crystal chandelier dominates the space. Spirit connoisseurs will find the place exciting as it offers a rich selection of finest alcoholic beverages. This is not to mention the delicacy of dishes ranging from Barbecue Shish Kebab to the choices of Shellfish including Calamari shrimp and Mussels.

We began another day with a drive to the Mount of Olives for a wonderful view of Jerusalem. Visitors should not miss the astonishing scene of the Garden of Gethsemane with its ancient olive trees. The site is really awesome!

Visiting Wailing Wall and enjoying the view of the Temple Area with the Al-Aqsa Mosque and Dome of the Rock are ‘a must’ for visitors. These renowned and historical sites are truly astonishing. But no less interesting is a walk through Cardo and along Via Dolorosa where visitors can visit the renovated synagogues at the Jewish quarter. 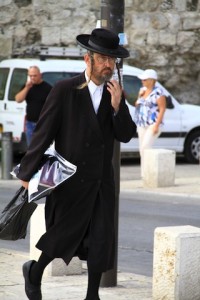 Departing the old city to the west near Jaffa Gate, we began our drive to Mt Zion to view St. Peter in Gallicantu, which was built over the palace of the High Priest Caiaphas. Our busy day of sightseeing included a stop at the traditional Tomb of King David.

A Thursday morning at a private Vineyard Tour and Wine Tasting at Tzora Vineyards got us to learn many things related to the winemaking. In the past, Ronnie James spent years to allocate the finest terroirs in the Judean Hills, West Jerusalem. Today, Tzora Vineyards owns three vineyards; Giv’at Hachalukim, Shoresh and Neve Ilan, each with varying soils and meso-climates.

The Judean Hills rise sharply from the coastal plain to growing wine grapes. Cold winters, the drop of sharp temperature during the short summer nights and early morning summer mists, as well as variations in soils from rocky limestone outcrops are all contribute to the character, the balance and the great longevity of the wines. We truly enjoyed a private tour and tasting at Tzora before continuing our journey to Tel Aviv.

A lunch at Raphael in the capital city took us to the delicacy of French – Mediterranean cuisine heavily touched with the flavours of Israel. Presenting one of the Israel’s best Chefs, Raphael is indeed considered the epitome of Israel’s dining establishment.

Driving along the beautiful beach strip of the Mediterranean, Tel-Aviv is Israel’s largest city and biggest commercial center. It is a busy metropolis, which inspires its visitors with a uniquely energetic atmosphere of excitement and fun. Among the recommended places to visit are HABIMA theatre, Mann Auditorium, Dizengoff Street, historic Rothschild Blvd and the Carmel market. 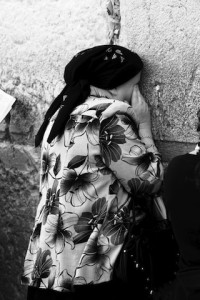 The next day, as we greeted by the Friday’s crispy morning, we went to Herodion to the south of Jerusalem in the Judean hills, one of the Israel’s top historical and archeological sites built by King Herod “the Great”. Our morning was concluded with a visit to Bethlehem, particularly to see the Church of Nativity. We continued the day by driving past the KNESSET, Israel’s Parliament and stopped by at the Israel Museum to visit the Shrine of The Book where the Dead Sea Scrolls are.

Another day of historical tracing continued with Bethany as our final destination. Bethany is part of the early Christian pilgrimage route between Jerusalem, the Jordan River and Mount Nebo. The main settlement of Bethany is located some 1.5 km east of the Jordan River consisting of structures on and around a small nature hill, adjacent to the spring and small oasis at the head of the Wadi Kharrar (a perennial riverbed). The hill has long been known as Elijah’s Hill, or Jebel Mar Elias or Tell Mar Elias in Arabic comprising a settlement that was inhabited from the time of Christ and John the Baptist, throughout most of the Byzantine period, into the early Islamic era, and in Ottoman centuries.