After having successfully held the annual event for five consecutive years, Tour De Singkarak is set to climb higher in the realm of international cycling sport event. 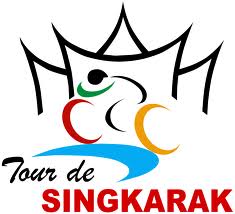 “It’s my first time to be here. I’m indeed surprised about this event. The spirit exuded from the people of West Sumatra, the breathtaking beauty of nature the province has to offer, and no less important, the security that has ensured the running of this event,” Amaury asserted.

In line with Amaury’s statement, Graham Jones, ASO consultant in charge of racing development, shared his views on the 2013 Tour De Singkarak, which according to him, “This is an international event that Indonesia should be proud of.” 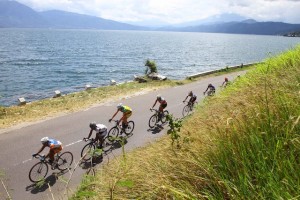 Being the host of the event, Indonesia has shown the international communities its capability of hosting such prestigious event as Tour De Singkarak. “It’s not as big as Tour De France. But well, Tour De France has been around for over one hundred years. Tour De Singkarak has been held for only five times, but look at this event!…It has successfully invited hundreds of cycling racers to participate, and not to mention the public crowd that has sparked big enthusiasm. Nothing that I can say, but Tour De Singkarak has been in great progress, and that the quality of the event should be maintained to meet better expectation in the next year’s event,” Jones said.

Meanwhile, Michael Robb, Commissaire 2 of Union Cycliste Internationale (International Cycling Union), said that he was glad to witness the 2013 Tour De Singkarak as a special event. “I would say that it’s special event because West Sumatra is indeed one-of-a-kind place worth a visit. From astonishing cultural arts and rich traditions, to the delicacy of the local dishes, and the beautiful panorama of unparalleled nature, Tour De Singkarak is not only a great place to hold a cycling race event, but also a wonderful tourism destination.”

Asked about his views on how Tour De Singkarak could be further improved, Robb responded, “They’ve already done a great job. I hope that more international racers, particularly from European nations, will join the next race of Tour De Singkarak. The participation of more foreigners at this event will have the potential to promote West Sumatra’s tourism. West Sumatra is blessed with beautiful nature of panorama. Along with the success of Tour De Singkarak as a world-class cycling race, it’s time to make West Sumatra one of the world’s tourist destinations.”