Dyslexia means difficulties in reading and spelling. Originating from the Greek language, the word itself is comprised of dys, meaning difficulties, and lexis which are words. 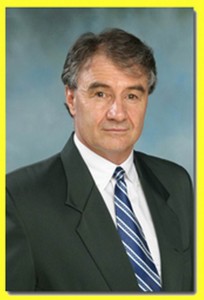 Tony Earnshaw, an Australian educational psychologist and also the author of Dealing with Dyslexia and Other Reading Difficulties, says that given the right teaching method of reading, both normal and dyslexic children could take full advantage of their learning opportunities.

Aulia R. Sungkar caught up with Tony during his short visit to Jakarta where the educational psychologist tells about his 20 years of research that led to the invention of a reading instructional system.

Q: Having succeeded in your 20 years of research on children with reading difficulties, do you think these children, such as those with dyslexia, can be cured?

A: Dyslexia is a condition brought about by the difficulties the brain experiences in processing sequences of letter sounds, and how to put these letters together. These difficulties have unknown points of origin but our approach has developed a methodology that remedies the condition by teaching the child how to process sequences of sound (phonemes) before we move onto text and letters. It’s a bit like teaching someone how to develop a sense of balance before learning how to ride a bicycle. Some people have natural sense of balance while many do not and have to learn how to balance the bike. A dyslexic child, if taught properly, can also learn how to access individual letter sounds and later on, how to process them into a group of letters. This is a basic requirement for them to get a grip on the reading and learning process. 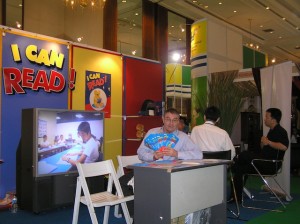 Q: After a child knows how to access individual letter sounds and in their brain process them into a group of letters, how do they learn to read the text?

A: After two decades of research, which also helped by my partner, Annabel Seargeant, we invented a method, which we named ‘I Can Read.’ The method is indeed a system that teaches children how to access letter sounds accurately, and later how to associate sounds with their visual representations, that is the alphabetic system. Dyslexic children can take advantage by using sounds contributing to grapheme (groups of letters representing sounds) in learning how to read. The system was in pilot projects in both Australia and Singapore in 1999 and 2000, respectively. Having participated by more than 400 children, the system was proved to be effective for dyslexic children. And many continued not only to enjoy the learning progress but gradually to posses the reading habit.

Q: Indonesian children, in general, do not read as much as their Western peers. Do you think this has something to do with the cultures?

A: Allocating time to read is not only a challenge for many Indonesians. The whole world is distracted by multimedia such as T.V., movies, computers and gaming machines. It is not easy to find time to sit down and read unless you have already acquired the habit, especially from childhood. If parents can instill the practice early, I believe that many children will become more avid readers as they get older.

Q: So how should parents take a role in instilling a love of reading in their children?

A: I am not sure that parents make much difference after a certain age. But if the parents can provide support and encouragement from an early age until puberty it might produce a better outcome. Recent research suggests that parents are potential to motivate their children more effectively but parents can do little to teach their children unless they have the expertise.