Since its establishment in Indonesia in 1979, TNT Express Indonesia had always been under a foreign managing director. His appointment to the position last June was due to the need to have a leader who understands the local market, Tomy believes. 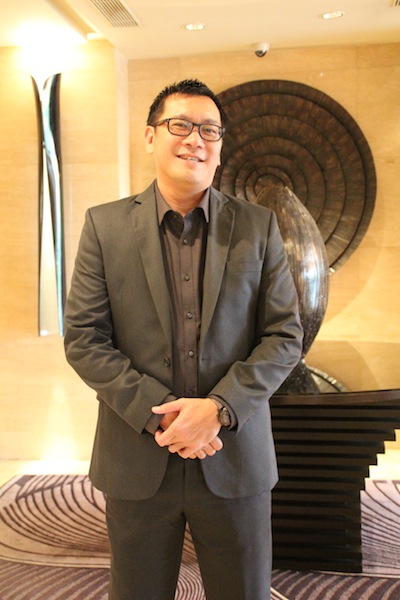 While he is a fan of motivational and leadership gurus from the West, he asserts that it takes a local manager to truly understand the particular conditions in Indonesia.

“Employees should not be valued based on their nationality, but their capability of giving positive contributions, this is what matters the most,” said the 41-year-old.

“This is an important perspective of leadership in a company that hires people from different racial backgrounds. The company has put the perspective into practice. The previous incumbencies of foreigners as the managing director of the company simply meant that the company hadn’t found an ideal local to fit for the position.”

“It’s not an easy task,” he said during an animated conversation over coffee. “You should see a challenge as a positive way to create a better future. A successful leader is when he or she can address challenges and turn them into favorable outlooks.”

Tomy first joined the company in 2002 as a branch manager, followed by various managerial positions where he was based in Yogyakarta and Semarang, respectively.

In 2008, he was relocated to Jakarta when he was promoted to branch development director before eventually hitting his highest achievement.

Tomy’s first positions were in the F&B sector.

“I worked for seven years at California Fried Chicken. I started my job as a store manager in 1994 while I was still taking my undergraduate program at Gadjah Mada University”.

Asked what made him change his career direction, he simply said, “A new challenge! My last position at CFC was a regional manager. But I didn’t mind being put as a branch manager when embarking on the new industry.”

Unlike in the F&B sector, there are only a few players in the logistics industry. What customers want from a logistics provider is simply to deliver their packages in the fastest way.

“This is the service that we sell. But unfortunately there are still many complexities here in Indonesia when dealing with the documents, especially those for imports. This is indeed a big challenge the Indonesian logistics industry has long been facing. Yet, dealing with imports is the strength of TNT Express,” Tomy said.

Tomy’s ambition is to make the company synonymous with speedy solutions. For him, delegating to his subordinates and leading by example are not enough to build a strong team.

He does not simply foist his strategies on others, but also makes sure they are implemented properly.

“There may be a cultural conflict that creates the feeling of being untrustworthy, especially among the middle management staff. But it can all be fixed with good communication. I always tell my subordinates that my direct involvement in the field is no more than a recheck method to ensure that the objective of our company is achieved, and it’s all done for our common good.”

Learning from the top

Tomy considers his previous supervisors among his many role models.

“Not all are good leaders,” he remarked, “But I always take any of their good lessons that I think suit my leadership, personality and culture.”

He enjoys motivation and leadership books and movies by John C. Maxwell, Anthony Robin, Bryan Tracey, among others.

“The western world has given the birth to the knowledge of leadership and management. But not all that they have written can be applied in Indonesia. We have to filter those that fit for our culture,” he advised.

Tomy always tries to exercise the knowledge gleaned from his readings into practice, as a way to hone his leadership and management skills at work and also in his life outside work, including with his family.

The father of two preteens recharges his batteries with walking and cycling on the weekend. He is also a movie and sports buff, playing golf and tennis.

“But as a spectator, I like to watch soccer best. Manchester United is my favorite team. They keep developing their commercial strategies to stay ahead as one of the world’s best,” he said.

“It reminds me of what a strategy that my team and I are currently focusing on, which is to improve our service excellence.”