Top leaders of multinational companies operating in Indonesia incorporate local values into their global business perspectives, which also encompass such aspects as fair treatment and respect that minimize corporate hierarchies. 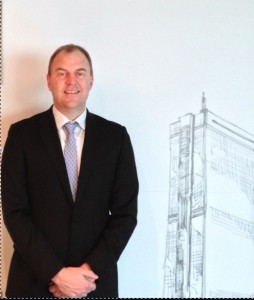 A business executive of a property consulting firm believes that developing an egalitarian model on the basis of local values in a company can minimize oppression and openly lead everyone in the company to contribute their best.

“No one is better than anybody else. It is important that a leader treat his or her subordinates as equals. As a front person, I probably have more experience in a lot of things. But people should gravitate to me because I know what I’m doing rather than because they perceive me as the person with the highest-ranking management position,” Jones Lang LaSalle (JLL) Indonesia country head Todd Lauchlan said.

Lauchlan’s primary job is to win and secure more work for the firm, overseeing all its business activities, from corporate marketing to presentations and seminars. “Building relationships with new and existing clients is of great importance,” said the 41-year old New Zealander.

“Everyone in the firm really needs to work hand-in-hand to reach common goals. An egalitarian approach works best to build strong corporate culture while reducing cultural barriers in the workplace.”

Regardless of JLL’s international brand recognition, he believes that it should work well across all cultures in the 70 countries where JLL operates, including in Indonesia.

“However, I see that Asian culture shares common values in respecting seniors and elders, yet though not always, sometimes they are a bit more sensitive in displaying their emotions and feelings compared to their Western counterparts. As a leader who comes from a totally different culture, it is important that I use both emotion and intelligence to deal with them.”

Of his 19 years experience in the property business, Lauchlan has lived abroad for 14 years and has been with JLL for 15 years.

Prior to his current position, Lauchlan was involved in numerous property projects in Wellington, London, Mumbai, Beijing, Auckland, Dubai and Abu Dhabi.

“JLL was my first employer. I was an office leasing broker at the Wellington office from 1995 to 1999 before taking various roles in JLL overseas. I moved back to JLL New Zealand in 2005 for a year stint helming the country’s commercial leasing business. In 2006, I left JLL for two different posts in Dubai and Abu Dhabi, respectively. I joined JLL Indonesia in September 2010, and I called it my comeback in a boomerang career,” he said with a smile.

Under Lauchlan’s guidance, JLL Indonesia is currently working on dozens of projects in more than 10 locations, with offices operated in Jakarta, Bali and Surabaya.

“Basically, we offer consulting services that include strategic advising, research, tenant representation, office leasing, property management, project development and property investment, as well as retail, residential and industrial properties. It may be a cliché, but we are in the people business in a true sense. Especially that we sell services, listening to and understanding people are very crucial for the business to run,” he said.

Lauchlan is always impressed with people who have successfully built their personal and corporate brands. He especially admires Richard Branson for having made such a mark.

“He is an excellent communicator. He has built a public persona as a great marketer. I learn a lot from reading his articles and advice, as they remind me of the importance of effective communication, especially in my daily routine dealing with different cultures,” he said, adding that he was also amazed by the abilities of Tony Blair and Bill Clinton in communicating powerfully.

In perceiving how Asian mega cities work, he admits that living in those cities, including in Jakarta, is not always that easy, particularly in dealing with traffic and air pollution.

“But at the same time, these cities are rapidly developing. Jakarta, to me, is indeed one magical capital. This capital is the hub of Indonesian commercial and industrial sectors with tremendous opportunities for both local and foreign investments.”

Despite the country’s recent economic headwinds, he is very optimistic about the future of the Indonesian economy. “With a more than 240 million population, Indonesia is experiencing the rise of the middle class and an increasing number of high net worth individuals, the conditions which signal that the country will head to economic improvement,” he said.

“But let’s not forget that in developing a country as big as Indonesia, you will need both local and foreign investors. The success of foreign investment in Indonesia really depends on how they can work with their local partners here,” he said, expressing his confidence. “In my dictionary, again, egalitarian and localized global approaches produce effective communication for making the most of investment opportunities Indonesia has to offer.”
Experience
The country head for Jones Lang LaSalle in Indonesia from September 2010 to present. Previously held managerial postings in several firms, including head of Residential Sales/ Head of Strategic Services at Tourism Development and Investment Company (TDIC) in Abu Dhabi in 2008, regional manager for Sales and Marketing in Sama Dubai, U.A.E. in 2006, Head of Commercial Leasing business in Wellington, New Zealand in 2005, director of Commercial Leasing, Beijing, China in 2003. He started a property career in 1995 as an office leasing broker at Jones Lang LaSalle Wellington, New Zealand.

Education
Earned bachelor of commerce degree in marketing from University of Canterbury in 1993 and a post-graduate diploma in property investment and development from Lincoln University in 1995, both in New Zealand.

Family
My wife Katrina and I are blessed with an 8-year-old daughter, Samantha, and a 6-year-old boy, William. In taking on the role of husband and father, I see togetherness as the key for maintaining family ties. That’s why they all stay here in Jakarta. Regardless of the activities we do, spending time with my wife and children really puts me in a good mood.

Hobby
I sometimes play touch rugby and golf. I don’t have a preference over where to golf. As for touch rugby, I play on Saturday afternoons at Jakarta International School (JIS). We play in a team of 10 to 15.

Travel
I pretty much like major cities in Asia and Europe. As I’m now living in Southeast Asia, I want to explore more of the region.