Uncovering neoclassicism in the realm of modern architecture 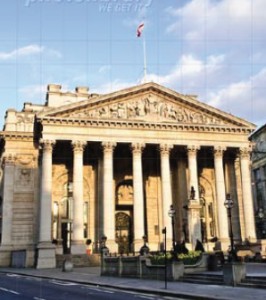 Dominant in Europe during the period of mid 1700s – mid1800s, neoclassic architecture has long been known as the rebirth of the classical architecture of Greco-Roman forms, which used in various types of buildings such as churches, houses, temples, terraces, monuments and interior designs.

With the prefix ‘neo’ literally referring to ‘new’, buildings discovered in the ancient roman cities of Pompeii in the 1730s and Herculaneum in the 1740s influenced the elegance of neoclassical architecture, from wall paintings to exterior and interior designs, and other artifacts.

Indeed, neoclassical movement has given great contribution to the next generation of architecture. The beauty, charm and elegance of neoclassic architecture are deemed to be timeless in the eyes of many beholders. In fact, there is no such thing as an original design in the world of architecture, as elements of the new are sourced to the old.

Even though the popularity of neoclassical architecture started to decline in the beginning of the 20th century, many of the styles, elements and designs stay put.

With the rise of technology and engineering developments, the term neoclassicism is often referred as traditional architecture. And many architects have focused on innovation to reflect considerable feats of their works. Good examples are Empire State Building in New York and Sydney Opera House, in which the both buildings are characterized with less ornaments while featuring innovatively modern style, thus rejecting the excess of art in design.

As the century continues to serve the world of architecture, some architects opt for neoclassical style with more flexible function. The typically designed forms are in symmetry, proportion, classic; all of which adorn the aesthetic display on how postmodern architecture adopts nostalgic views that merge the new with the old. 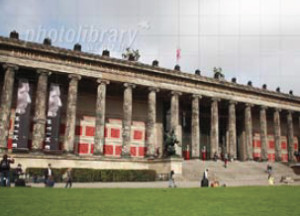 Unlike neoclassical movement, in which it recreated the architectural style of classical period, postmodern architecture enjoys the comeback of columns, pillars and designs of classic Greek and Roman architecture.

The strong elements of Greek and Roman architectural style in a modern building have the great influence that contributes to popularity due to the aesthetical beauty of being timeless elegance.

Among the buildings across the world that display such a beauty are Altes Museum in Berlin, Bank of England in London, Sampoerna Strategic Square Building in Jakarta and the United States Capitol in Washington.