With the increasing confidence in national economy, property industry is turning into the epitome of investment that provides natural hedge against inflation. 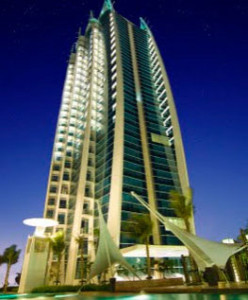 Recalling the struggling years in the global property business, particularly in 2008 when the financial downturn overshadowed the world’s economies, Indonesia this year seems to be unscathed and the country remains optimistic about its future economic outlook.

Compared to when the country was hit hard by the 1997 monetary crisis, the 2008 global crisis didn’t give much impact to Indonesia.

The world’s fourth most populous and largest archipelagic country has undoubtedly learned an invaluable lesson from the crisis and has taken precautionary measures that exert strategies in helming a more prosperous business prospect.

In the property sector, Indonesia is ready to contribute to healthier growth of economy.

Investing in property should focus on the growing prospect of targeted development. And location is the element that plays a crucial role in determining the value of investment in the property industry arena.

Jakarta’s Central Business District (CBD) is a clear example. Despite the district’s busy daily routine scene and notorious traffic congestion, the district maintains its reputation as the highest in both demand and price. 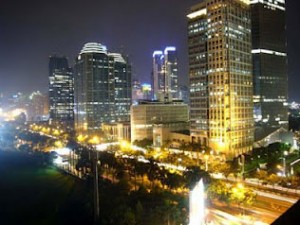 Before elaborating on what makes the CBD stay atop in the Jakarta’s property market, let’s take a brief look at the latest researches by two renowned real estate consultant firms.

The latest release from Cushman & Wakefield predicts that the demand of all real estate market sectors within the CBD will continue to grow. According to the release, the annual absorption in the CBD market during 2011 is expected to double from the last year’s figure.

The recent report from Colliers International Indonesia shows increasing rates in certain areas. According to the report, the average monthly rental rates for apartments in the CBD areas rose by 1.3 percent to Rp170,000 (US$ 17.40) per square meter.

As for retail space, the CBD contributes the largest portion of the supply at 739,300 per square meter, according to Cushman & Wakefield. The firm’s latest report also records the total absorption of office space within the CBD in the first nine months of 2010 reaching 153,700 sqm. It’s a 40 percent higher than the full year take-up in 2009 of 109,600 sqm. 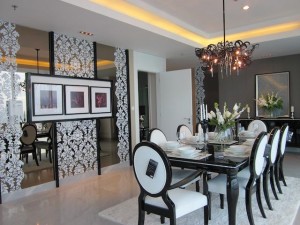 According to the 2010 report from Global Property Guide, gross rental yields in Indonesia was the highest with 11.38 percent, compared to other countries in Southeast Asia. The Philippines was at the second position (8.98 percent), followed closely by Malaysia (8.76 percent), Thailand (6.43 percent) and Singapore (3.79 percent).

Bank Indonesia (BI) is predicting that this year’s economic growth to exceed 6 percent. BI also holds its interest rate a record low of 6.75 percent as of June 2011 in order to boost national economic growth.

Many analysts believe that this condition will benefit many property players in the industry, as the lower interest rate will have the potential to increase demand in property.

A source from a Jakarta-based long established property consultant firm, the economic growth is predicted to accelerate in the next two years, continuing from the rebound since 2009. And during the last two years, the rebound has turned Indonesia’s property industry into an investment haven.

There is a positive indicator in the country’s overall economic growth, which is mainly due to the increase in consumption spending and low inflation in addition to expanding demand for exports and investment.

Yes, Indonesia is picking up the pace of recovery, but many people out there are still wondering whether property is a wise option to consider for an investment. While there are no arguments to the perception that property sector will take the adverse effect of an economic downturn, there is no such story of what is so called ‘sinking property value’.

By Theresia Rustandi, corporate secretary of Intiland Development. This article was published in HighEnd Magazine, August 2011.