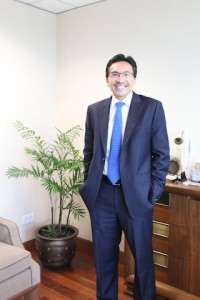 It is important for a business leader to be able to listen attentively, as it can help to frame issues, according to Tigor M. Siahaan, chief country officer for Citi Indonesia.

The first Indonesian to serve as a Citi country head in Indonesia, Tigor includes listening as a key element of his open communication style; especially in his current position, where he manages around 5,000 employees.

“I have a very open communication policy. I appreciate it if people feel comfortable talking to me about any issue. And listening to input and ideas from my subordinates often leads to creative solutions and attractive propositions,” he said.

He added that, contrary to his leadership approach, he is not in favor of a hierarchical bureaucracy, “as it has the potential to create fear that can detach you from reality. If there’s a significant issue, you might not know about it early enough. Problems arise all the time. And you might not be ahead of the issues or problems, especially those that need immediate attention. This is very dangerous in the business world, as you are likely to lose business opportunities.”

Thus, Tigor always ensures that his staff members are not afraid to speak up, even in the event that they don’t agree with him. “Listening to their points of view is what matters most.”

Open communication is also about encouraging people to do things differently. “Everyone has their own style. I never force anyone’s style to be better than the rest. Their differences, if properly encouraged, can lead them to be innovative,” he said, adding that innovation was what he most fostered in his endeavor to take Citi Indonesia to the next level.

Citibank first established a presence in Indonesia in 1968, and there are currently 20 branches in six cities: Jakarta, Bandung, Medan, Semarang, Surabaya and Denpasar.

“Despite the crucial presence of these branches, which cover an extensive target market, we believe that our digital platform will dominate most banking activities,” he asserted.

The increasing number of users of Citibank’s online and phone banking services is indeed taking Citi Indonesia to broaden its own digital banking, which as Tigor added, was the fruit of innovation.

“One of Citibank’s strengths is innovation. It’s in our blood; we have the DNA to innovate. People often associate innovation with ‘the next big thing’, but there are a lot of small innovations that can make a big difference to our lives,” he said.

What lay behind innovation was making the customer experience better, he added.

He cited that Citi Alert was an example of small innovation. “It’s basically something that when you use your credit card for a purchase costing more than Rp 1 million, you will instantly get an sms notification. That seems simple, but it really changes the way our customers look at us, as Citi Alert creates a feeling of safety for people when they use their credit cards.” 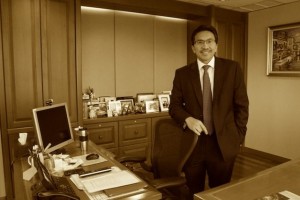 Banking is different from manufacturing. “We don’t produce goods. Instead, we offer services and advice. That’s a very different thing. So, people are our greatest asset and they keep the business running,” Tigor said.

“Our people are excellent contributors, not only to Citibank but also to the banking industry in general. The uniqueness of our proposition in human resource development is that we don’t just say something, we prove it,” he said, referring to Citi banker alumni around the world, such as Gita Wirjawan, Emirsyah Satar of Garuda Indonesia, Maria Teguh, as well as current US Secretary of the Treasury Jack Lew, economist Stanley Fischer and former Pakistani prime minister Shaukat Aziz.

Being a pioneering local figure as country head of Citi Indonesia, Tigor said he would like to see more Indonesians play a greater role in Citi Indonesia.

Currently, there are 162 Indonesians working in Citibank off-shore worldwide, as part of a training ground in cities such as New York, London, Tokyo, to name a few. “Some of them have returned to Indonesia, and are now in strategic positions here. And my goal as the country head is to double that number in the short term,” he concluded.
Experience

Chief country officer, Citi Indonesia since June 2011. Previously, he was the bank’s country business manager for its Institutional Clients Group from February (2008 -2011), head of Corporate & Investment Banking (2004-2008) and country risk manager (2003-2004). Prior to that, he was a vice president in Citigroup’s Institutional Recovery Management Group in New York (2000-2003). He joined Citi Indonesia in 1995 as a management associate, and since then has assumed a number of responsibilities as a banker and risk manager in several customer segments.

Graduated from the University of Virginia, Charlottesville, US, with a double major in finance and accounting.

My wife, Jenny, and I are blessed with three sons: 13-year-old Batara, 10-year-old Bastian and 6-year-old Baron. All my kids love playing soccer.

One way to appreciate different types of thinking and culture is through travel. Bali is my firm favorite. Komodo Island and Niagara Falls are among the beautiful places my family and I have visited. My family and I also like camping in Sukabumi. Getting back to nature during camping is truly exciting.

I like sports, especially soccer. I believe that through sports you can learn about teamwork, friendship, how to win, how to be a good winner, how to cope with loss and how to trust people. In a team sport, it doesn’t matter how good you are, but if the rest of the team is not supporting you, the team will not achieve anything.

Words and photos: Aulia R. Sungkar. Published in The Jakarta Post on March 29, 2014.