Arriving in Indonesia just before the economic crisis in 1997, Charles E. Brookfield decided he wanted to stay, while most foreign investors, particularly those in the hospitality business, left.

Starting with a five-star hotel in both Jakarta and Bali, Aston International Indonesia now operates 15 hotels, serviced apartments, “condotels” (which combine hotel and serviced residence facilities) and villas all over Indonesia.

With a firm handshake and energetic voice he says, “Just call me Charley.” The president and CEO of Aston International Indonesia furthers that the company plans to open 20 more projects within the next three years, making Aston International one of the largest operators in the hospitality field, nationwide.

Despite his career success, Charley was not born with a proverbial silver spoon in his mouth. Once raised in an orphanage in his pre-teen years, he expresses his gratitude for the educational opportunities that he almost missed during his youth.

In view of his business savvy, it’s hard to believe that the man who helped build Aston International in Indonesia once doubted he would go to college.

It stretches back to the early 1970s when life was not at all easy for Charley, but a meeting with a Roman Catholic priest, who gave him powerful advice about the benefits of university, was where he saw the light. “His words of wisdom really raised my academic awareness, leading to college enrollment,” he reminisces, acknowledging that his devotion to education was a stride towards building a better future. 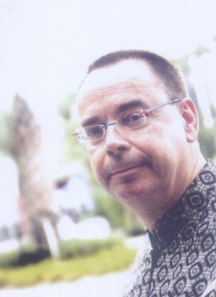 He reckons, nonetheless, that his background has played a big role in decision-making throughout his entire career. He remains convinced that business executives, regardless of their tasks, should be acquainted with the basics of finance in order to make better strategic and operational decisions.

Born in Florida, US, on June 13, 1953, Charley joined the company as general manager at Aston Kauai Beach Villa, Hawaii, in 1980. Persistent in his career field, he rose through the ranks to become executive vice president and chief operating officer of Aston Hotels in 1993.

A big-time believer in market trends, Charley convinced the Aston chairman to consider Asia as the future market for the company’s hotels. “Given Indonesia’s geographical diversity, huge population and rich natural resources, why shouldn’t we invest here?” he remembers thinking at the time.

Commuting between Jakarta and Bali, Charley has long made Indonesia his adopted home. Able to speak Bahasa Indonesia fairly fluently, he would like to hone his language proficiency to include writing it, too.

As an escape from daily routine he sometimes goes to Bandung, West Java, to shop, though he favours Bali when it comes to traveling in the archipelago. With a love of travel, Charley has visited dozens of countries, including China, Japan and Australia. He frequently visits the capital cities in Southeast Asia, but his all-time favorite destination is Morning Star Beach in St.

Thomas, Caribbean Islands, which he first visited when in his early 20s.

Targeting not only foreign customers and expatriates, Charley sees locals as the fastest- growing market segment. “Being the world’s fourth-most populous country, I see huge potential in Indonesia’s economy with its burgeoning middle class,” he remarks.

He adds, “The greatest opportunity for the hospitality industry in Indonesia is to build two- and three-star hotels because more and more middle-class people go travelling and they need some sort of decent, affordable accommodation.”

Aston International has already spread its hotel chain throughout the archipelago, ranging from luxury five-star to more affordable three-star hotels. “With the credibility we have established as a hospitality operator, I’m very optimistic that Aston International Indonesia will grow to a size where people will see us as a prominent company,” he says, adding that Bali is one of the prime targets for company business.

“Having succeeded with our five- and four-star hotels as well as boutique villas in Sanur, Seminyak and Nusa Dua, I’m convinced that Aston hotels can be the benchmark of other hotels on the island,” he adds.

Charley continues to see that Indonesia still has much to offer. Apart from the traditional tourism market, for instance, there is a huge potential market for retirement settlements in Bali. “Before you can begin, though, you’ve got to have proper infrastructure such as an international-standard hospital and other facilities for senior citizens,” he asserts.

With a leadership style that has switched from being a father figure to a more collegial type, Charley doesn’t like suppressing initiative through fear. Indeed, his keenness for cracking jokes has paved the way for creating a fun, yet professional atmosphere at work. It is not surprising, therefore, that many of his key employees have stayed with the company for quite a while.

He also believes that there is sensitivity in everybody’s insight, so being polite is of great importance for Charley in dealing with people: “I don’t mind people disagreeing with me so long as the sentiment is delivered politely.”

Charley treats everyone in the company as a member of Aston’s extended professional family. “To me, delegating tasks means trusting my subordinates. When I hire someone, I hope he or she will be both capable and trustworthy. And I will give them my trust as an opportunity to prove themselves. The only way to make the company grow is to have confident people with capability and trustworthiness.”

Charley has managed to maintain warm relations with his son and three daughters – Jules, 27, Tenaiya, 25, Gabriela, five, and Kyla, two.

In spite of the current global economic setback, Charley remains optimistic about the future for Indonesia, business-wise: “Governments worldwide are joining hands to stem the world economic crisis, and I see a huge commitment from the US government to address the problem,” he says.

As for Indonesia, he thinks that the country is better prepared than when it was hit hard by the 1997 monetary crisis. Both state and private sectors have learnt an invaluable lesson from the crisis and the government has thus far taken precautionary measures like maintaining its sovereign credit rating, although the prolonged global economic downturn still has the potential to erode it.

Very keen on sports when younger, Charley used to play tennis and basketball. As he has grown older, however, he prefers to read and watch movies in his free time, though he still swims regularly.

Characteristically, Charley prefers red to white wine due to its robustness, while his musical tastes are extremely broad, ranging from classical and jazz to rock ‘n’ roll and house music

Despite his numerous achievements, Charley is the sort who prefers the “thrill of the chase”, revelling in the struggle to succeed rather than enjoying the fruits of success itself. He has always advised his children that, despite the necessity to earn enough to survive, ”It’s important to find something you like to do that will get you up in the morning.”

With a confident pose, Charley adds, “You must have absolute belief in yourself and in what you are doing; never give up, as persistence in the end will triumph.”