People collect stamps for different reasons. While some collect them purely as a hobby, there are many collectors are engaged in philatelic investment for the purpose of realizing a profit. Rare stamps are among the most profitable tangible assets. As investing in rare stamps requires a high degree of expertise, therefore it is not advisable for a novice. Just like other tangible assets like art, antique and rare coins, philatelic investment has won the heart of those seeking out a secondary investment. Or it can be an alternative investment in the event that traditional investments falter.

An Indonesian philatelist Adi Kuswara says that misprinted stamps are great investment. “A price of Rp 100 on a stamp can increase to even Rp 100 million in the future if it has a highly historical value.” 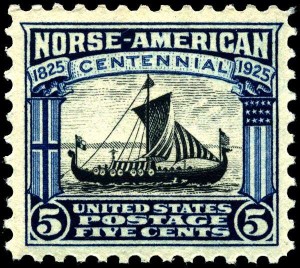 He adds that an auction house in New York once sold a misprinted stamp for US$ 825 thousand. The 1918 “Jenny” was priced at 24 cents with the picture of upside down airplane. “Jenny is a very rare stamp. They printed it for only 100 pieces,” Adi remarks.

Meanwhile, Endang Catur, supervisor of collection at Indonesian Stamp Museum (Museum Perangko Indonesia) says that the museum has the replica of “Penny Black”, the world’s oldest stamp printed in 1847. “The stamp was misprinted and is currently valued at around US$ 3 million.”

Soeyono, the chairman of Indonesian Philately Association (Persatuan Filateli Indonesia) remarks that stamp collection is a hobby that cultivates great investment. “Particularly for Indonesian stamps, they have value that records the country’s historical events and cultural heritage. And they are also the symbols of Indonesia’s sovereignty.” 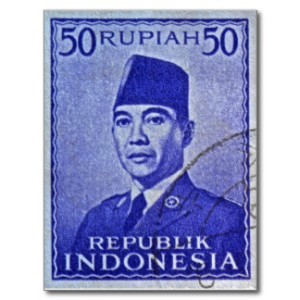 Unfortunately, it is not easy to find stamp dealers in Indonesia. In Jakarta, rare stamps can be found in a few galleries and antique shops. A gallery in the Jakarta’s old town displays various old Indonesian stamps of Netherlands Indies and the Japanese Occupation 1942-1945 priced at between Rp 1 to 5 million.

Despite its historical value, Indonesian stamps haven’t been priced as much as those in other countries in U.S. and Europe. The 1946 $1 Redhead Ducks, Bright Rose Pink shade (RW13a) with rare duck stamp color error was sold for $32,200 during Signature New York Stamps Auction in December last year.

The 1885 misprinted Swedish “Treskilling Yellow” sold at an auction in Geneva, Switzerland in May 2010, breaks the record as the world’s most expensive stamp. A source of information claims that the stamp was sold for US$ 2.3 million, but the auction house declines to reveal the price and the names that won the bid.

Whether it is for hobby or investment, philately or stamp collecting cultivates collectors the understanding of the world they live in.

Anyone can start collecting stamps as a hobby. The most interesting part of philately is how people somehow preserve the history by doing so because a series of stamps are often issued on important events such as regional sport games, national ceremonies and historical occurrences.

Stamps collection is sometimes worth more than meeting the eyes. So, search for the bric-a-brac of your Granny and Grandpa left in the shoebox down under the heaps of old stuffs in your storage room. Who knows what you find attached in one of those old envelopes of their love letters.