Featuring the legacy of Indonesian heritage with first-class luxury and service, the presence of Hotel Tugu in four regions in the archipelago has won the heart of worldwide prominent guests.

Also known as a monument to the art and romance of Indonesian ancient history, Hotel Tugu has developed a concept that displays historical and artistic objects, allowing guests to have a distinguished experience that a common hotel does not facilitate.

It is such a cultural haven, indeed, especially for guests expecting more than just a regular hotel stay. Truly, staying at a Hotel Tugu can be translated as fulfilling the thirst for knowledge of the local culture while being pampered with all the world-class facilities and amenities the hotel has to offer. 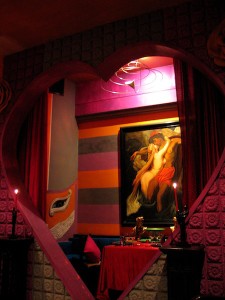 It was in 1989 when Anhar Setjadibrata, a noted antique collector, built his first Hotel Tugu in the ancient town of Malang, East Java. The hotel is quite unique in a way that it resembles a classic mansion telling thousands of romantic stories of Java Island.

Hundreds of antiques and historical artifacts are artistically arranged within the hotel’s premises, exhibiting Anhar’s overflow of treasures from the fusion of Indonesian and Chinese culture during the then Dutch colonial era. 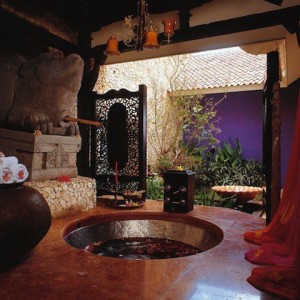 The hotel’s masterpiece suite, the 400 sqm Apsara Residence, features a royal entrance, a spacious sleeping area with a gigantic artisan-carved bed, a separate relaxation, a romantic dining area and an outdoor round artisan tub for two.

Another remarkable suite is the Raden Saleh Suite, the name which is dedicated to the famous mid-19th century Indonesian painter of royal descent. 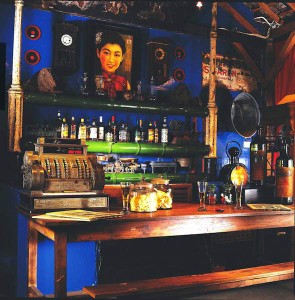 The suite has an antique engraved door that leads to the living room with two Arabic style engraved tables and two antique mirrors. A large painting on the suite’s wall tells the story of the capture of Diponegoro in 1830.

Adjacent to and also part of the hotel, Warung Shanghai takes visitors to the reminiscence of Warung Old Shanghai 1920 in Sunda Kelapa, Batavia (now Jakarta). The place is adorned with decorations of old Batavia’s objects, creating a historical atmosphere that brings the forgotten history of Batavia alive.

Owing to its authenticity and beauty, Hotel Tugu Malang has earned a number of accolades, among which as one of 101 Best Hotels in the World and the Best-kept Secret of Indonesia. 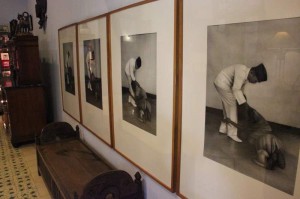 The hotel is built in a whitewashed building from the Dutch colonial era, characterized by a long driveway to the entrance, beautiful art-deco hanging lamps, lines of old photographs, high ceilings and giant tall pillars along the entire front façade.

The hotel occupies a1850s historical building, which was then called Hotel Zentrum, the oldest hotel in Indonesia. 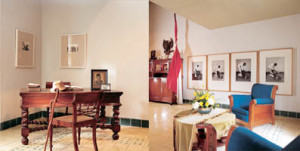 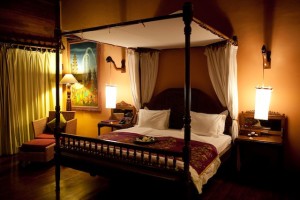 Nestled on the beach area of Canggu, surrounded by the rice fields and adjacent to Batu Bolong Temple, Hotel Tugu Bali was built upon a passion for the romantic beauty of Indonesian and Balinese art, history and culture.

A vast collection of priceless antiques and artworks allows the hotel to blend tropical luxury with an out-of-the-ordinary ambience.

In addition to overlooking the Indian Ocean, the hotel’s lobby has a rich collection of historic Balinese artworks and cultural artifacts decorating the space. 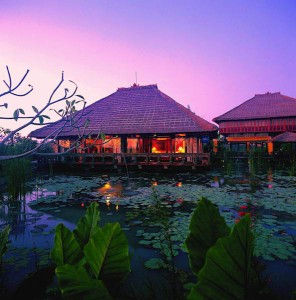 Hotel Tugu Bali features two signature villas, the Puri Le Mayeur and Walter Spies Pavilion.  Inspired by a Balinese love story, Puri Le Mayeur is said to be the sexiest suite on the island. Meanwhile, the Walter Spies Pavilion pays tribute to the famous artist who fell in love with Java and Bali in the 1920s. The pavilion is where guests can find the romantic art deco era of Java in the early 20th century.

The hotel’s spa, Waroeng Djamoe Spa offers treatments  ranging from pure indulgence to peace of the soul. Known as the world’s best spa, the treatments are inspired by hundreds years old of practices from palaces in Java and Bali. 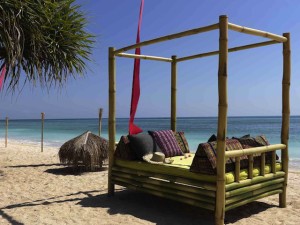 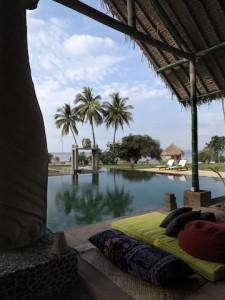 The six-hectare Hotel Tugu Lombok is built facing the open ocean and the sunrise of Mount Rinjani, the Indonesia’s second highest mountain. The clear blue water in front of the hotel is great for swimming and snorkeling. Neighbouring the hotel is a beautiful golf course offering world-class experience for golfers of all levels.