For Sultan Hassanal Bolkiah of Brunei Darussalam, the word enthusiastic falls short of his passion for the sport of kings. 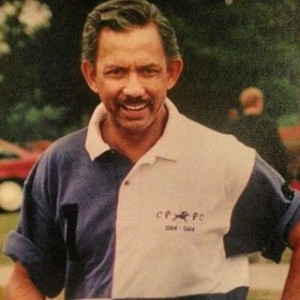 Being one of the world’s longest-ruling monarchs, Sultan Hassanal Bolkiah truly knows how to wind down after working hard for the benefits of his people. His passion for sports and physically-demanding activities are nothing short of legendary. From badminton to golf, from car racing to piloting a Boeing 747, His Majesty is the sort of person who does not shy away from challenges.

With the challenges the strenuous sports present, the Sultan can, for a time being, forget about the burden of his work and let loose his tension, and what is polo if not a sport which promises a chance to express one’s passion to ride and shoot hard?

His admirable management skill—a principal trait in His Majesty’s role as the leader of the resource-rich kingdom of Brunei Darussalam—is said to be on par with his skill on the polo field. Sultan Hassanal Bolkiah Mu’izzaddin Waddaulah is “an accomplished polo player,” and he used to ride his polo pony along with Prince Charles, competing or being in the same team.

When it comes to playing polo, the Sultan is all determination and passion. Yet, he sometimes displays the type of passion in a way only a Sultan can: Once while he was playing with Prince Charles, he had his change of polo shoes delivered to him to the polo field by a helicopter.

To express his love for polo, the Sultan, not surprisingly, owns Brunei’s magnificent Jerudong Country Club which includes a polo club—Jerudong Park Polo Club. The club is a place where the royal family of the Sultanate and those from other countries to come and relax, and of course, play polo.