Strategically located in the heart of Asia, Singapore is the meeting point between East and West. With a population of 5 million and strong economy, the 710.3 sqm state island has become a lucrative haven for property investment. HighEnd tracks down Singaporean premium properties whose products have attracted worldwide investors. 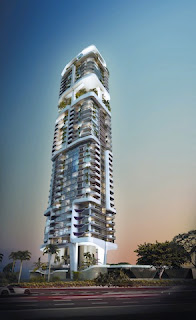 Developer of Singaporean largest private properties, Far East Organization introduces its latest product with the trademark “Inessence.” Designed to meet the demand for smart home buyers across the globe, Inessence creates a new benchmark of a luxurious living.

The value of a property is essentially determined by four elements, namely location, design, thought and planning.

In terms of location, Inessence is situated in the most strategic area around Orchard Road. The development of Inessence is currently taking place at a fast pace with the series of project comprising Boulevard Vue, Alba, Skyline @ Orchard Boulevard and The Scotts Tower.

The design of each residential unit at Inessence is a masterpiece created by the world’s eminent interior designer, Professor Fumihiko Maki Pritzer. Having won an array of awards, Professor Fumihiko is the man behind the recent launching of Skyline Boulevard @ Orchard Boulevard, the project that adds to his 40-year portfolio. Among his other works are four towers that soon will be built at new World Trade Center in New York.

Furthermore, the project team of residential Inessence has scrupulously transferred the designs into details that are well thought, fitting the taste of world’s crème de la crème.

Far East Organization’s executive director Chia Boon Kuah said, “I’m delighted that we are able to fulfill the needs and desires of high end buyers. It’s not exaggerated if we label the product as the one with the highest standards of privacy, comfort and luxury.”

It’s also worth to know that the whole development of Inessence is equipped with security software system to protect the privacy of the occupants. The system, which is the intelligent backbone for the property, can detect the interference that automatically distinguishes between guests and residents. This is not to mention the property’s concierge team which is dedicated to every resident. 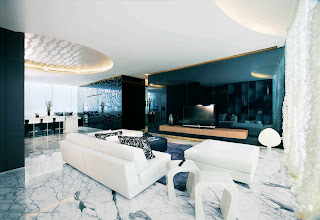 Inessence has a concept of applying great interior designs in line with the implementation of the project’s planning. The concept of an empty floor plan has the flexibility that allows residents to create a living space that reflects their personal preferences and tastes.

No less interesting, the residents are entitled to having the project’s design team help carry out the adjustments, from the layout to accommodating a particular view, or even building a larger kitchen that takes space from the living room.

Far East Organization is Singapore’s largest property developer with growing reputation in building innovative and functional space. Since its establishment in 1960, the developer has contributed to the transformation of Singapore’s urban landscape. The giant Far East has staggeringly built more than 700 of a wide spectrum of real estate in hospitality, residential, commercial and industrial sectors.

The other example of shining achievement worth the attention is Belle Vue Residences. Developed by Wing Tai Holdings, this architectural masterpiece is inspired by a ‘go green’ concept that reflects the relationship between human and nature.

Toyo Ito, another world’s renowned architect from Japan, has translated his innovative ideas into the building of this green yet avant-garde project. Belle Vue is Toyo’s first and only project in Asia, except Japan. 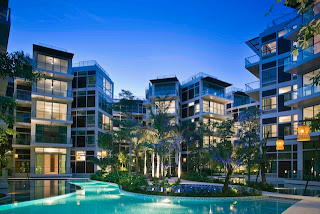 Green, exclusive and luxurious are the three characters that best describe Belle Vue. Located in a strategic area of District 9, Orchard-Oxley, the 176-unit residential complex features a blend of architecture and nature.

Sitting in an area of around 250,000 square feet, Belle Vue’s designs reflect the Toyo’s free-flowing architectural style that is combined with an expressive arch geometry. He applies the concept of natural changes such as movement, rhythm and transmission; all of which are blended into a sustainable property.

“After seeing the location of Belle Vue, my instincts tell that the concept design of the building should use branching patterns of trees to accentuate the beauty and luxury. I’m always keen on creating a living environment that not only strengthens the relationship between human and nature, but also brings the tranquility of nature into the life of every resident,” Toyo explains.

Meanwhile, Edmund Cheng, the chairman of Wing Tai Holdings, says, “We are honored to work with Toyo in this project. His talent and savoir fair of understanding the concept of arch geometry greatly contribute to the making of an environment that brings peace, beauty and luxury. 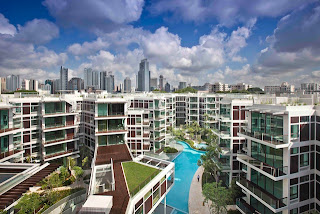 Commercial and integrated property projects developed by Wing Tai and its networks have attracted many worldwide investors, many of whom consider investing in these properties due to strategic location, unique design and high quality materials used in the building.

In addition to being a shopping hub and tourist destination, Singapore has since the last seven years known for its lucrative property investment haven, which has contributed to the rapidly growing wealth in Asia Pacific. 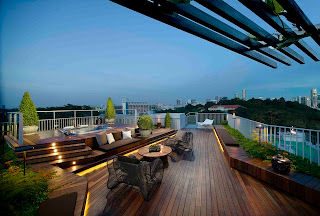 According to Cap Gemini-Merrill Lynch’s world wealth report 2010, global wealth has restored the loss from the 2007 monetary crisis. The wealth increases 18.9 percent to US$ 39 trillion. In particular, the wealth held by the Asia-Pacific High Networth Individuals (HNWIs) increases 30.9 percent to US$ 9.7 trillion, reversing the loss owing to the 2007 economic downturn. And the number is greater than US$ 9.5 trillion held by HNWIs in Europe.

The property booming in Singapore is likely to have been reflected by the fact that the country has been listed as one of the world’s best places to live. A wealth report from Citibank-Knight Frank records that the booming in Singapore’s property industry has led to the increase in property prices by 17 percent in 2009.