Indonesian actor and model Nicholas Saputra is back on the silver screen with more of his travel stories. 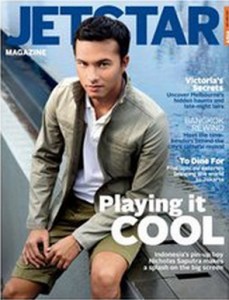 At first glance, Nicholas Saputra (“Nico” to his friends) seems to be an introvert with his perpetual serious expression. However, once he warms up to people, I realise that the 27-year-old actor is a fun and amiable person. He’s come to the interview and photoshoot at the all-suite Kemang Icon by Alila straight from Yogyakarta.

Of mixed German and Javanese parentage, Nico adores Yogyakarta and rates it as one of his favourite cities in Indonesia. “I love Yogyakarta. It’s a peaceful city with friendly folk,” he says in fluent English. “The city is able to preserve the beauty of local culture, even in modern times. It’s a great place to have a short stay.”

Nico was visiting Yogyakarta to watch a short movie together with well-known producer Mira Lesmana and renowned film director Riri Riza; both were involved in the production of the movie that shot him to stardom in 2002, Ada Apa Dengan Cinta? (What’s Up with Love?), where he played alongside famous Indonesian actress Dian Sastro.

In 2005, he scored another big hit as the lead actor in Gie. In this pivotel role, he portrayed the 1960s Chinese-Indonesian political activist, Soe Hok Gie. For this work, Nico was bestowed the prestigious Piala Citra Award as the best actor at the Indonesian Film Festival in 2005.

His other awards include Best Actor at Bandung Awards 2003, Best Foreign Actor at Malaysian Film Awards 2004, and Best Actor at MTV Indonesia Movie Awards 2008.
Nico is set to appear in two movies this year, one of which saw him travel to Papua for the shoot. “It’s about HIV/AIDS and I only play a small part in the movie. The other movie is filmed in Jakarta. It’s an arthouse movie about people living in a zoo. I’m the lead actor playing the protagonist who’s a magician.” 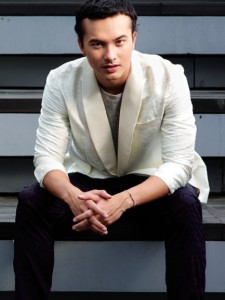 Despite his success in the film industry, Nico has also been enjoying his fame as a model. His face has been splashed on many high- profile advertising campaigns throughout the archipelago. He has been the ambassador of L’Oréal Men Expert since 2009. “Nevertheless, both modelling and acting are my part-time jobs. Travelling is my full-time job,” he says.

An avid traveller, Nico says visiting new places is how he appreciates the joy of living. “I travel, travel, travel and work. It means I can spend as much as nine months in a year travelling,” he explains.
He has visited many destinations around the world — New York, London, Tokyo, Hong Kong, Beijing, Athens, Komodo Island, Bandanera, Slovakia and India, just to name a few. “Travelling is a way for me to find inspiration. That’s why I prefer to travel alone,” he says.

Seeing the beauty of nature is what I treasure the most. I found many places with astonishing natural landscapes in Indonesia. The Komodo Island and Labuan Bajo on Flores Island are where you can enjoy the beauty of Indian Oceans. They are definitely must- visit places.”

Whenever Nico spends his vacation on an island, scuba diving and snorkelling are the activities he likes to engage in the most. Once in a while, he does mountain climbing. 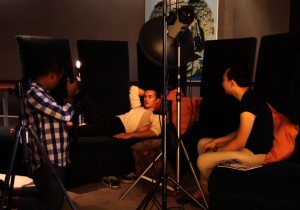 “The islands in Indonesia generally are beautiful, but we have a lack of beautiful resorts. It’s like being naked. Many of these islands need to be adorned with something like… a world-class resort,” he says with concern.

What about Bali? “It’s still a good place to go, but the beauty of the island and its genuine culture has been contaminated with that of modern culture,” he believes. “Bali is not sexy anymore. The untouched Bali is no longer virgin.”

Nico is full of praise for cosmopolitan cities. “The high-energy vibe in cities like New York and Tokyo is amazing. It stimulates people to work up to the limit. I love London best. Not only do I like the buildings, but also the culture… the traditional touch of old English heritage.”

Nico always plans ahead before embarking on travel. “I’m going to Rio in a few weeks for the carnival. I can’t wait to join the crowd in this world’s biggest carnival.”
Photography is another passion. Canon is Nico’s religion, though he appreciates other brands such as Nikon. “I especially like taking pictures of landscapes and other scenes depicting nature,” he says, showing me photos. “But the idea of travelling is about human interest and how we appreciate different cultures.” 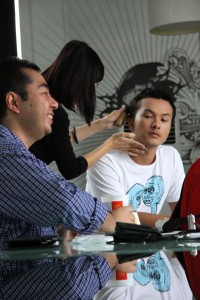 Nico also enjoys trying local cuisine as a way to learn more about other cultures. “I have no preference for a particular cuisine. I can eat anything, anywhere, from hawker food to five-star hotel restaurants. I like culinary journeys, and it becomes part of my travel. To sum up, adventure is what best describes my trips,” he says.

Adventure is also the word that links Nico’s passion for travel with his career as an actor and model. His adventurous spirit takes him on the road as he explores the globe, as well as his everyday life in the world of entertainment.

“I enjoy acting and posing in front of the camera. I like watching my acting in movies. It’s just the career that I believe fits my lifestyle,” admits Nico, who previously worked as a part-time VJ in Singapore and Malaysia.

He holds a bachelor’s degree in architecture from the University of Indonesia, although Nico explains that he’s not yet an architect. “I don’t use my college degree in my career, but I use the knowledge. Architecture is about the way you think, creating things. You can apply it in photography and in your state of mind. It’s free will. That’s what I call it.”