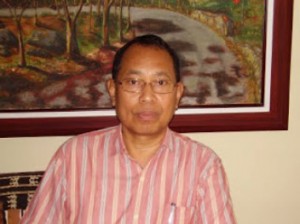 Conflict is a natural disagreement resulting from individuals or groups that differ in attitudes, beliefs, values or needs. It can also originate from past rivalries and personality differences.

Generally, conflict has a negative connotation, particularly when relating to the unrest condition in conflict areas like Poso. Tamrin Amal Tomagola, a sociologist who have engaged in many social researches, believes that conflict is a part of everyday’s life needs.

Having a long meeting with The Point, Tomagola shared his valuable thought of how conflict can play its role significantly in the interpersonal relations among the society.

The following are excerpts from the interview.

Q: Do you believe that conflict is always a connotatively negative perception among the community?
A: I picture conflict just like some salt with a bowl of soup. If we put too little salt, then the soup will be tasteless. However, if we put too much salt, the soup will be too salty. What we need is enough salt, so the soup will be tasty. Similarly, we cannot eliminate conflict, but we should manage it instead. The conflict is understood and can be effectively managed by reaching a consensus that meets both the individual’s and society’s needs. Despite the fact that people often rub conflict the wrong way, they cannot avoid the conflict. It is an aspiration frame of economy, politics, social and culture. People cannot live alone, for they always need others. This interdependent phenomena lead to a division of group of people, which we called community, which then splitting into different classes of society. And from the lower to upper classes social segments, there will always be a collision. Such collision is another word of conflict, and if it is well-managed, it will create a driving force. 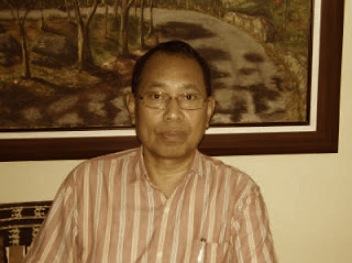 Q: What do you mean by a driving force?
A:Take an example of car, where a combination of fuel and fire inside very small space can create a driving force. Theoretically, mixing both fuel and fire simultaneously will spark a flare-up. Nevertheless, such combination in the car’s engine system can produce an acceleration due to a well-managed engine system. This is a conflict management principal. Similarly, civilization would not have been progressed without having conflict. From the 18th to 21st century of civilization, the era’s shift has been through a great number of conflicts, leading to a creation of generation, due to the civilization’s driving force. So, there must have been a managed collision, which otherwise the community structure would have been stagnant.

Q: So, without such collision the community civilization would not have been through?
A: Definitely, because there would have been no change within the group of people. Can you imagine if there is no change in the value of economic assets due to the social stagnancy? It means that there is no progress at all in historical civilization. Conflict is needed whatsoever. Take a look at soccer game or boxing match. These are examples of a managing conflict.

Q: How about the conflict in Poso? Can this be considered unmanagable conflict?
A: The Poso community could not manage the conflict, owing to the presence of systematic disempowerment of being marginalized, where the fierce competition between institutional religions has dominated the circumstance. Thus, this conflict has created an unrest, which has insidiously invited the third party lighting the fuse, sparking to be a societal commotion. Should the community could manage the conflict well, the presence of provocateurs could have been avoided.

Born on April 17th, 1947, Tamrin Amal Tomagola earned his Bachelor’s degree, Master’s and Doctoral degrees in Sociology from the University of Indonesia in 1974, the Australian National University in Canberra, Australia in 1982 and University of Essex, Colchester , U.K. In 1990, respectively. As a sociologist and researcher, Tomagola has written many scientific papers in gender study, social research methodology, inter-racial relation and conflict resolution.