Representing the voice of Indonesian polo players, Iman Kusumo expresses his optimism about the potential of the national players has to offer in the international arena. 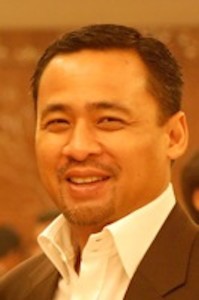 The equestrian sport of polo has since the last decade regained its popularity, which is not only limited to the nobility but also well-heeled individuals, and according to the chairman of Indonesian Polo Association, “the archipelago has equestrian traditions that can incubate talents in this sport.”

Iman then cites some regions such as West Sumatra, Java, Sumba, Sulawesi and Nusa Tenggara as examples. “The closeness of the folks with local horses there creates some kind of bonding, similar with the bonding required in playing polo. There are talents out there. And I’m positive that they possess great skills that not only can strengthen our national team but also bring the name of Indonesia at the international level. So it is important that we socialize this sport to our people.”

Registered under Federation of International Polo, Indonesian Polo Association was established in 2007 with Prabowo Subianto being the grand patron. The birth of the association led to the team competing in SEA (Southeast Asian) Games in Thailand, also in 2007. Iman has been helming the association while taking the lead in preparing the national team for both local and international competitions.

Asked what makes him attracted to polo, the VP marketing of Petro 5 quickly responds, “the strategic and leadership features in this game!”

He furthermore says that there are two levels of leadership in polo, which are communicating with the horse and with other members in the team.“Playing polo requires strategies that include the coordination of parts of our body – eyes, ears, muscle, feet and brain. Yet, we are the smallest component with horse being the main drive that dominates around 75-80 percent in the game,” he explains adding, “The speed and intelligence of the horse are therefore crucial for the player to success in a match.”