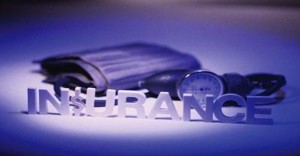 "I don't believe in insurance since it has more disadvantages than advantages," Della, a fresh university graduate, said. She has her reason for making such a statement. Her father's health insurance claim was once rejected by an insurance company, which argued that there were a number of illnesses exempted from coverage in the first year of policy holding. The father needed medical treatment 10 months after he took out his policy. The family thus had to shoulder all the costs incurred from … END_OF_DOCUMENT_TOKEN_TO_BE_REPLACED