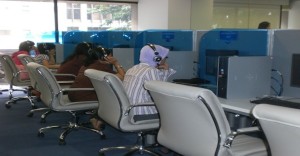 This advertorial was published in The Jakarta Post on March 5, 2008. With globalization, the world is not only becoming more interconnected but the role of English as an international language has become increasingly important to adults.  This has led to the appearance of English learning centers not only in major cities but also in towns all over the country, each promoting its own methods for teaching the language. Regardless of the approach, the speed with which the language can be … END_OF_DOCUMENT_TOKEN_TO_BE_REPLACED