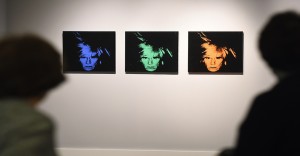 Before there was the “selfie,” there was the self-portrait. And a series of six made by Andy Warhol sold for US$30.1 million in New York on Wednesday, May 14th,  according to The Associated Press. According to Sotheby's, the portraits were first shown in 1986 at Warhol’s only show dedicated to self-portraits. London gallery owner Anthony D’Offay recalls in the series catalog: "I realised two things: first that Warhol was without question the greatest portrait painter of the 20th century, … END_OF_DOCUMENT_TOKEN_TO_BE_REPLACED