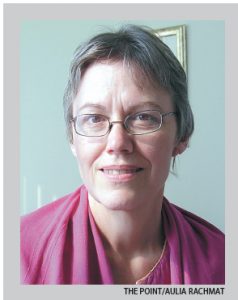 Written and interview by Aulia R. Sungkar  Originally published in The Point Daily on December 7, 2006 Terrorism is a very complex phenomenon which involves not only social conflict but also different levels of organization and group identity. It is an international concern because terrorism has become a threat to many people. For some, it is war. If so, who are the enemy and what do they actually want? Sidney Jones, Southeast Asia project director at the International Crisis Group, … END_OF_DOCUMENT_TOKEN_TO_BE_REPLACED