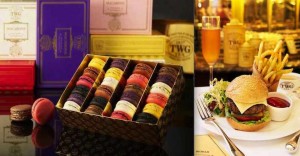 An adventure of flavors where the world’s finest selections go well with certain foods makes for a tempting teatime. Sipping a cup of tea after a long tiring day indeed helps us to relax, and it is also beneficial for our health. At a TWG Tea Salon & Boutique, the menu lists over 800 teas from the world’s tea producing countries, to suit everyone’s taste. Not only are their teas selected from fine harvests and exquisite blends, but many of their teas also pair well with food. “Tea … END_OF_DOCUMENT_TOKEN_TO_BE_REPLACED 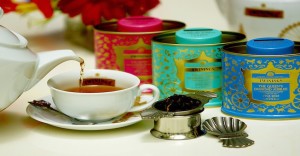 The tenth generation of the British tea giant talks about the legacy of his family business that has contributed to the tea drinking as a culture of the British royal family.  “It was in 1837 when the British royal family granted a Royal Warrant of Appointment to Twinings, and we have ever since continued inventing various types of tea blending. Despite the different blends, all of our teas are created to fit the taste of the queen,” Stephen Twining says adding, “Royal Warrant of Appointment … END_OF_DOCUMENT_TOKEN_TO_BE_REPLACED