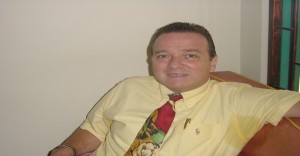 Ronald Mullers is not the only thriving foreign businessman in the country. But he is one of those who want to see Indonesia becomes a much better pro-business nation. He tells Aulia Rachmat what it takes to reach a success. Born in Pekanbaru of Dutch and Sundanese ancestry and had lived there until he reached five, the American Ron is indeed the pioneer of Pizza business in Indonesia. Not only has his Papa Ron Pizza chain stores become bigger throughout the archipelago, but he was also the … END_OF_DOCUMENT_TOKEN_TO_BE_REPLACED