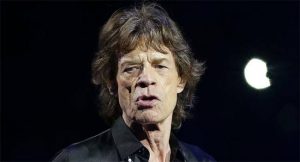 The lead singer from the world's greatest rock and roll band in history has recently released his complete solo album catalog in vinyl  Mick Jagger from The Rolling Stones released heavyweight 180-gram black vinyl editions on December 6, featuring his four solo albums, which once hit the music world from 1985 and 2001 -  She's The Boss (1985), Primitive Cool (1987), Wandering Spirit (1993) and Goddess In The Doorway (2001). Featuring printed inner bags with lyrics, all the albums are … END_OF_DOCUMENT_TOKEN_TO_BE_REPLACED