By Aulia R. Sungkar  Photos by Andhy Prayitno for MWP Studio and Accor Indonesia The writer is director of ALVEO and the article is originally published in Indonesia Design edition Nov-Dec 2019. With over 30 years of experience in the hospitality industry under his belt, Garth Simmons has occupied varied positions ever since he first joined Accor in 2007. His pivotal roles included being a senior vice president in New Zealand, Pacific Island and Japan. Now, as COO of Accor, he is … END_OF_DOCUMENT_TOKEN_TO_BE_REPLACED 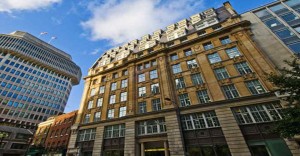 Jones Lang LaSalle research reveals the world’s most expensive markets for office space, what industries dominate them and where the future lies  Strong demand from niche financial and technology sectors is driving up the cost of office space in many cities around the globe, but a new analysis by Jones Lang LaSalle (NYSE: JLL) reveals the 12 premier office districts have been the biggest beneficiaries of the trend, witnessing higher competition by companies for space and driving rent prices … END_OF_DOCUMENT_TOKEN_TO_BE_REPLACED