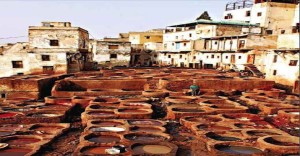 Making the most of a short hop to Morocco’s oldest imperial city By Mylda Sadrach As I walked through the urban labyrinth of narrow streets and alleys, I was taking a step back in history. Just like other cities in Morocco, Fez has a medina, a walled city which dates back as far as 1,000 years. The houses in the medina are built around courtyards with an Arabic style of archways and detailed mosaics. While exploring one of the neighborhoods, I was stunned by a traditional Moroccan home … END_OF_DOCUMENT_TOKEN_TO_BE_REPLACED