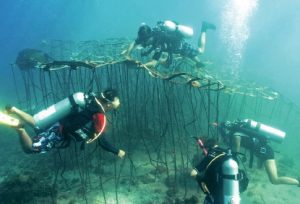 Text by Sudibyo M. Wiradji. Photos by Foued Kaddachi. Published in The Jakarta Post on June 5, 2014.  Underwater installations for an artificial reef park not only attract fish and divers but also benefit locals. Senggigi Beach in Lombok, one of Indonesia’s emerging tourist destinations, is on its way to regaining it lost heyday as a habitat for shrimp, lobster, squid, jelly fish and other unique marine species. The beach lost its appeal years ago due to the destruction of coral as a … END_OF_DOCUMENT_TOKEN_TO_BE_REPLACED 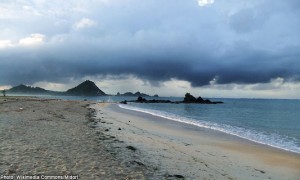 Dubbed an unspoiled Bali, Lombok Island has a lot in common with its closest neighboring Bali for its beautiful marine diversity that offers a stunning view of sunset and resort living with many places of attractions featuring untouched nature and beautiful coral reefs. The most developed tourism site in Lombok is Senggigi, which is also known as the island’s best-known resort area. Situated on a sweeping bay, Senggigi offers an ideal place for those seeking a laid-back tropical stay in the … END_OF_DOCUMENT_TOKEN_TO_BE_REPLACED