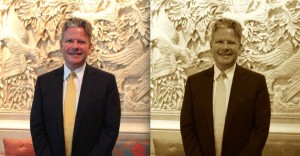 Executive Patrick Roux believes in the power of his team in the pursuit of establishing a stronger presence in Asia Pacific, including Indonesia. Patrick Roux is aware that building a solid team takes more than just strong leadership and clear vision. No less important is the ability to balance the differences within an organization. “Cultural and character differences have the potential to create conflicts within a team. However, if communicated in a right direction, the differences can … END_OF_DOCUMENT_TOKEN_TO_BE_REPLACED