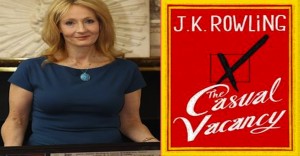 BOOK REVIEW by Ruth Ninajanty Everyone graduates from Harry Potter after the death of Voldemort including the series’ mastermind, J.K. Rowling. But she didn’t publish anything until the last Harry Potter movie is premiered. Announcing her first post-Harry Potter novel, The Casual Vacancy, back in April, Rowling said "The freedom to explore new territory is a gift that Harry's success has brought me." Set to be published in hardcover, e-book, audio download and CD on September 27, The … END_OF_DOCUMENT_TOKEN_TO_BE_REPLACED