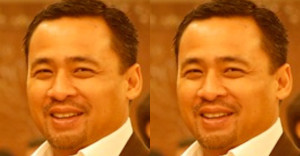 Representing the voice of Indonesian polo players, Iman Kusumo expresses his optimism about the potential of the national players has to offer in the international arena.  The equestrian sport of polo has since the last decade regained its popularity, which is not only limited to the nobility but also well-heeled individuals, and according to the chairman of Indonesian Polo Association, “the archipelago has equestrian traditions that can incubate talents in this sport.” Iman then cites … END_OF_DOCUMENT_TOKEN_TO_BE_REPLACED