ARTOTEL Group, the country’s leading boutique hospitality and lifestyle powerhouse, has recently acquired Dafam Hotel Management. This means that all the 24 Dafam Hotels now are part of ARTOTEL Group’s portfolio. With the acquisitions, the group continues its quest to create a strong Indonesian hospitality ecosystem that can deliver unparalleled experiences for both domestic and international customers. Since the beginning of 2021, ARTOTEL Group has endeavored at best to build Indonesia’s … END_OF_DOCUMENT_TOKEN_TO_BE_REPLACED 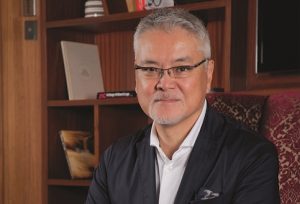 By Aulia R. Sungkar. Photograph: Courtesy of Marriott International, Inc. Originally published in Indonesia Design Throughout more than two decades with Marriott International, Michael Wang has expanded the portfolio of this globally renowned hotel chain from 16 hotels when he first joined the company in 1997 to over 794 hotels in the continent today, including his strategic involvement in pipeline projects across 23 counties and territories. In addition to managing the Global Design … END_OF_DOCUMENT_TOKEN_TO_BE_REPLACED 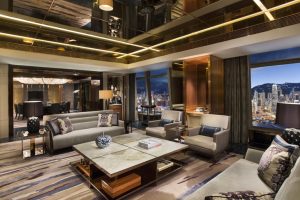 By Natasha Gan  Originally published in Indonesia Design Claiming the title of the world’s highest hotel, the Ritz-Carlton Hong Kong surpasses others not just structurally, but in service and design too. At such a great height, the hotel undoubtedly has a killer view of Hong Kong, but the view inside is just as worthy of the attention. At a staggering height of 490 metres, the ritzy hotel towers above neighbouring edifices. It occupies floors 102 to 118 of the International Commerce … END_OF_DOCUMENT_TOKEN_TO_BE_REPLACED 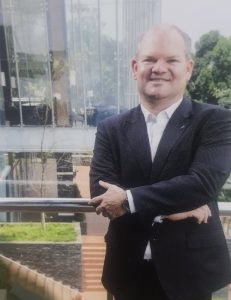 Interview by: Aulia R. Sungkar. Photos: Ricky Adrian. Originally published in Indonesia Design, Oct-Nov 2017 edition. Pascal Caubo has only been in Indonesia for less than a year, but he is no stranger to the both eastern and western worlds of hospitality. His over two decades of working in the industry includes taking various stints in various countries, including his native land in Holland, China, Egypt, the US, Vietnam, and recently Indonesia where he took the role of the general manager … END_OF_DOCUMENT_TOKEN_TO_BE_REPLACED 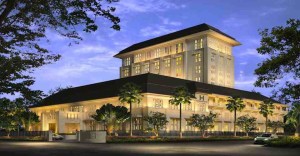 The art deco telefoongebouw, a Dutch telecommunications office in the 1920s, still stands in a prime area of Menteng, Central Jakarta. The building has now been transformed into The Hermitage, a recently opened luxury boutique hotel that blends culture and heritage with five-star amenities. The Jakarta Post’s Aulia R. Sungkar spoke with the hotel’s general manager, Eleonore Astier-Petin, about what makes the hotel stand out from the crowd and the future of heritage hospitality as a tourist … END_OF_DOCUMENT_TOKEN_TO_BE_REPLACED Artotel Indonesia hotel chain unveils its second property in Jakarta following the success of the first Artotel in Surabaya. Strategically located in close proximity to commercial and business districts, Artotel Jakarta Thamrin on Jalan Sunda has recently opened its doors to public. Playing on the words “Art” and “Hotel”, Artotel features contemporary art-influenced designs in the lobby, public areas and hotel rooms. The designs are created by local artists as part of the hotel’s efforts … END_OF_DOCUMENT_TOKEN_TO_BE_REPLACED 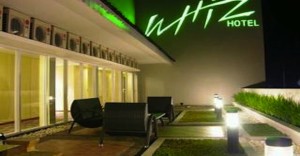 Property developer Intiland has branched out into the hospitality industry under its subsidiary Intiwhiz running the hotel chain.  The growth of middle class in Indonesia creates stronger purchasing power. And this condition is indeed conducive to the country’s hospitality industry, leading to high demand for budget accommodation. Property developer Intiland Development, through its subsidiary Intiwhiz International, has taken advantage of the country’s economic situation. Having … END_OF_DOCUMENT_TOKEN_TO_BE_REPLACED