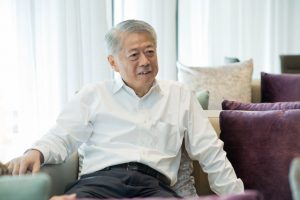 Interview by Aulia R. Sungkar Photos by Bagus Tri Laksono Originally published in the 14th anniversary edition of Indonesia Design,  Dec 2017 It has been more than four decades since Hendro S. Gondokusumo founded his property company in the early 1970s. He started his venture with construction of housing compound projects of Cilandak Garden Housing in South Jakarta and Darmo Satellite Town in Surabaya. Listed on the Indonesia Stock Exchange (IDX) since 1990, PT Intiland Development Tbk as t … END_OF_DOCUMENT_TOKEN_TO_BE_REPLACED