By Aulia Rachmat Sungkar  Originally published in The Jakarta Post on March 7, 2011 The role of education is becoming crucial in this era of globalization, which demands more practical skills. This has led to the mushrooming of informal courses at higher education institutions that prepare students to reap benefits in their respective fields. It should therefore come as no surprise that there are many courses offered to high school graduates or even university students and adults at … END_OF_DOCUMENT_TOKEN_TO_BE_REPLACED 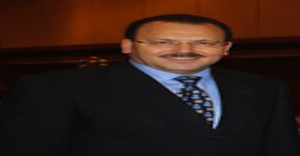 Situated in the heart of the Mediterranean, the north African country of Tunisia with its age-old blend of Eastern and Western civilization has succeeded in achieving not only a diversified modern refinement but also a paradigm of economic development. The country's success in trade stems back to ancient times, when it was the breadbasket for much of the Roman empire. By the same token, Tunisia has been boosting its international trade since gaining independence from France in 1956. In fact, … END_OF_DOCUMENT_TOKEN_TO_BE_REPLACED