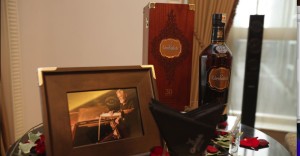 Famous for its single malt Scotch whisky, Glenfiddich unveils the Glenfiddich Anniversary Vintage, an exclusive 25-year old expression with only 286 bottles to be released. Distilled on Christmas Day 1987, as part of the single malt’s centenary celebrations, this special release marks 125 years of pioneering whisky making at The Glenfiddich Distillery. It was selected on Christmas Day 2012, the distillery’s 125th anniversary, by its founder William Grant’s great-great grandson, Peter Gordon an … END_OF_DOCUMENT_TOKEN_TO_BE_REPLACED