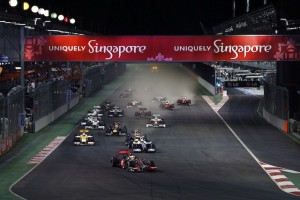 Having successfully hosted the first ever night race in Grand Prix history in 2008, Singapore is now gearing up to host the 2010 FORMULA 1 SINGTEL SINGAPORE GRAND PRIX. Held from 24 to 26 September 2010, the spectacular grand prix is set turn the world’s attention to the glamour and non-stop action at the heart of Singapore at the Marina Bay Street Circuit. Since its debut, the Marina Bay Street Circuit has caught the attention of an international audience with a spectacular view of … END_OF_DOCUMENT_TOKEN_TO_BE_REPLACED