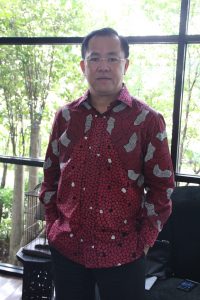 Text & photo: Aulia R. Sungkar. Originally published in The Jakarta Post. At the helm of a national developers' association, Eddy Hussy is communicating his expertise and leadership know-how as a means of striving to reshape Indonesia's property sector. Eddy Hussy believes that strength comes from the efforts of hard work and determination. As such, his belief has become the bedrock of what he refers to as his leadership approach to managing some 3,000 developers under the … END_OF_DOCUMENT_TOKEN_TO_BE_REPLACED