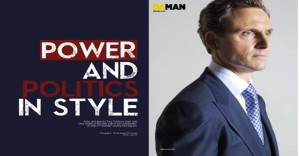 Actor and director Tony Goldwyn chats with Chris Andre on the dark side of the commander-in-chief of “Scandal” and his next big act.  Once known as the bad guy, Carl Bruner, in the successful film “Ghost” playing alongside Demi Moore and the late Patrick Swayze, Tony Goldwyn never stops transforming himself from one role to another. His latest act in the very successful political thriller TV show, “Scandal,” with Kerry Washington (playing as Olivia Pope), is one that’s both appalling and … END_OF_DOCUMENT_TOKEN_TO_BE_REPLACED