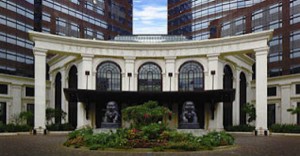 It’s where eastern and western wisdoms blend in harmony  Culture and traditions are what always influence the development and creation of architecture. The two components produce norms that standardize the perception of beauty. The beauty is often differentiated from style when comparing the architectural works of eastern and western culture, such as Greek and Japanese style buildings, or those with Roman and Chinese styles. Despite the differences, both cultures have given a … END_OF_DOCUMENT_TOKEN_TO_BE_REPLACED