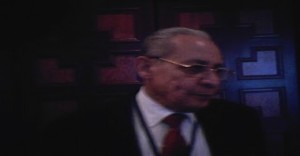 The United Nations Security Council (UNSC), namely its six major powers -- the United States, France, Germany, China and Russia – and Indonesia recently voted to impose tougher sanctions against Iran over its uranium enrichment program. The sanctions include banning Iranian arm exports and freezing the assets of both individuals and organizations involved in Iran’s nuclear program. However, Indonesia's support of the new sanctions has sparked much controversy back at home, both in the House … END_OF_DOCUMENT_TOKEN_TO_BE_REPLACED