Indeed, many of the local recipes are passed down through generations, preserving authenticity while trying to blend in with the city’s transformation. 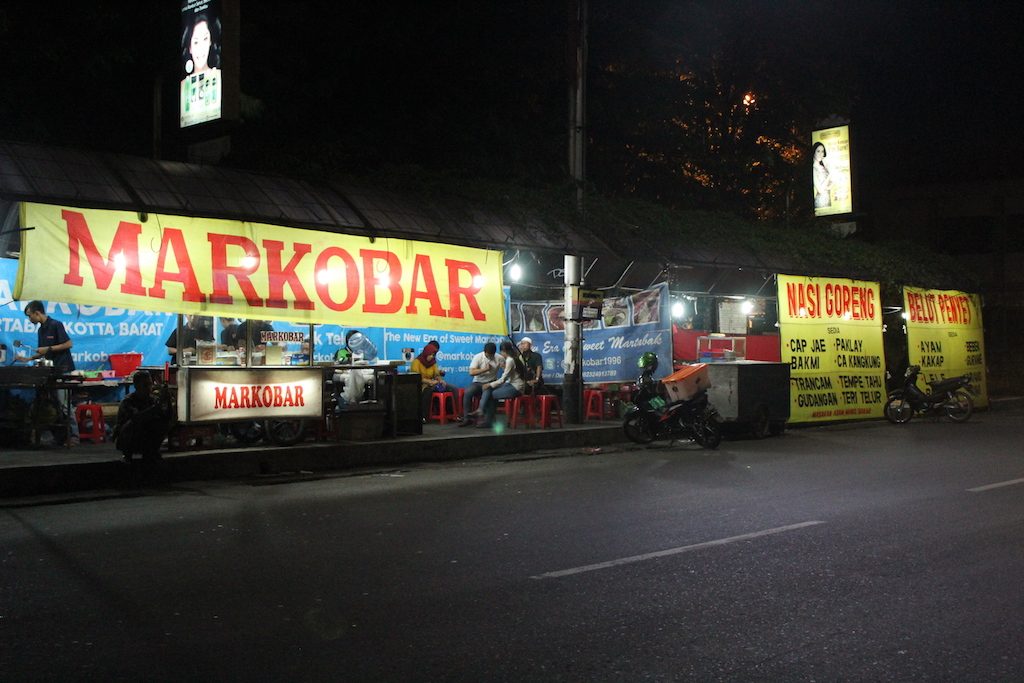 Nasi liwet, among dishes that come to mind in Surakarta, is famous beyond the city limits. The dish that has stolen many hearts comprises rice cooked in coconut milk and chicken broth, served with shredded chicken, an egg and thick coconut cream on a banana leaf.

The well-known dish is commonly listed on the breakfast menu of hotels in the city and the dish can also easily be found at food court stalls. However, nothing beat the authenticity of Nasi Liwet Wongso Lemu, better known as Nasi Liwet Keprabon to tourists. Having been in operation since 1950, the nasi liwet stall is located in Keprabon, Mangkunegaran Palace area. The street vendors in the area open from 5 p.m. until late everyday. Some open all night through breakfast time.

Second to Nasi Liwet in terms of originality is a dish called timlo solo, a clear soup filled with sosis solo, eggs, liver and gizzard that is usually eaten with rice. Many recommend the Timlo Sastro kiosk at Pasar Gede, which first opened its doors in 1952 and is known for its authentic flavor. The soup is commonly consumed as breakfast food, but many restaurants today sell timlo solo for lunch and dinner as well.

One of them is Timlo Solo Restaurant on Jl Urip Sumoharjo 94, which offers the traditional dish in a more modern sit-down setting. If Timlo Sastro serves only a simple menu with different variations of timlo solo, this restaurant also includes on its menu other local dishes such as selat solo (braised beef and vegetables), bistik ayam (Javanese modification of chicken steak) and nasi liwet.

Done with the traditional culinary tour, it’s time to fast forward a little to a more modern cafe concept called wedangan. Despite its cafe concept, wedangan still holds true to its origin, an act of hanging out together, enjoying a good meal and great conversation. In today’s Surakarta, wedangan are a popular culinary destination for the younger crowd.

Modern wedangan are located inside old houses. The concept is slightly similar to that of fast food restaurants, where you have to order and pay for your meal before sitting down and eating. However, what’s served is what matters. In wedangan, the selection varies from fried food, tofu, tempeh and different kinds of satay. Some wedangan also served Western dishes such as grilled sausage and fried chicken. The main dish is nasi kucing, a smaller portion of wrapped rice dishes, often accompanied by toppings and chili.

Wedangan Omah Lawas, which is located at Jl. Dr.Supomo no. 55, is among popular dining spots. This rather large cafe opens at dusk, offering porch seating as well as lesehan- style inside the house. Said to be a favorite spot for young people to gather, this place offers traditional food and drink, as well as contemporary fried food such as sausage and fishballs.

If Omah Lawas is homey, then Wedangan Pendopo is vintage. Decorated with relics, sitting there is like traveling back a few decades. This one is close to Solo Paragon, the latest addition to Surakarta’s shopping malls. Another must-try historical food place in Surakarta is Wedangan Rumah Nenek in Laweyan, welcoming shoppers who are in need of a break from batik shopping in the area. Located inside a typical Joglo house, the menu features dishes made with inherited recipes as well as those given a more modern twist.

Endless tasty dishes may lead you to a never-ending culinary journey in Surakarta. However, when a sweet ending is required, serabi solo is the perfect dessert. Made of a mix of sugar, flour and coconut milk, the round-shaped cake is cooked until the rims are crunchy. Make serabi a little fancy with extra toppings such as jackfruit, chocolate and banana. The most famous serabi shop is Serabi Notosuman on Jl. Moh Yamin Notosuman, another old-time player on Surakarta’s food scene.

All in all, there is history in every bite during a Surakarta culinary journey and everyone should take part in one.