Exploring the charm of Banyuwangi in East Java

I believe many of you have been to such Javanese cities as Yogyakarta, Malang, Surabaya, but I also know that Banyuwangi is not as famous as those aforementioned cities. Banyuwangi, being a city located at the easternmost tip of Java Island, is widely known as “the Sunrise of Java”. Its geographical location, which is close to the Island of the Gods, indeed shares some similarities with Bali, both in terms of tradition and natural beauty.

From the west to the east, the natural beauty spreads across Banyuwangi, such as attractive white sand beaches, mountain craters, national parks, and local traditions that make Banyuwangi a must-visit city in East Java. The following are five destinations that you must include in your itinerary when traveling to Banyuwangi: 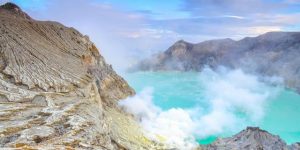 Located between the City of Banyuwangi and Bondowoso, Ijen Crater boasts a unique and fascinating scenery. The hiking trail is quite challenging and takes around 2.5 hours commensurate with the panoramic blue flame phenomenon that will add to your travel enjoyment. Make sure to wear a gas mask while trekking up and you should arrive before sunrise. It is a rare sight to behold because the other place with this sort of natural wonder is Iceland. 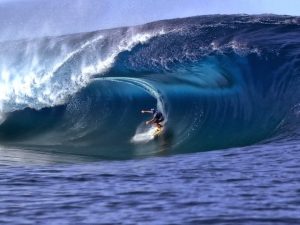 Also called Plekung Beach, G-Land Beach is one of the most popular beaches in Banyuwangi. Located in Alas Purwo National Park, G-Land Beach is a paradise for the wave seekers. The waves on this beach are very high due to the Antarctic currents by the Indian Ocean. There are three levels of waves on this beach based on their height, namely Kong Waves with waves reaching 6-8 meters height, the 5-6 meters of Speedis Waves, and Many Track Waves with 3-4 meters. The surfers called the wave at this beach as one of the Seven Giant Waves Wonders. 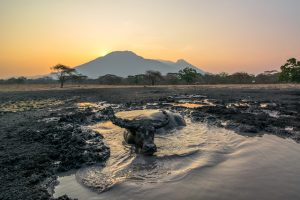 After spending your fun moment at the beach, let’s feel the sensation of savanna in Baluran National Park, located partly in the district of Situbondo and partly in the district of Banyuwangi, this park is a forest preservation area that extends about 22,500 hectares. Enjoy the fascinating scenery while doing the safari activities surrounded by a variety of wild animals such as peacocks, deer, bulls, buffaloes, long-tailed monkeys, and many more. The Park also boasts 444 species of trees set to spoil your eyes and bring a new experience in your life. 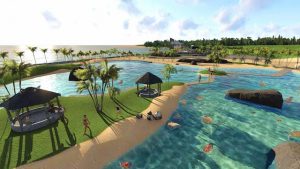 With a 175.8-kilometer coastline, Banyuwangi is an ideal place for turtles to lay their eggs. There are seven sea turtle species in the world, four of which come from this city; they are Lekang turtles (Lepidochelys olivace), Green turtles (Chelonia mydas), Hawksbill turtles (Eretmochelys imbricate), and Leatherback turtles (Dermochelys coriacea). One of the famous Banyuwangi beaches as a conservation site and has also become the most favorite nesting place for turtle is Sukamade Beach. At this beach, you can witness the reproduction process of giant turtle in their habitat till releasing hatchlings into the sea. 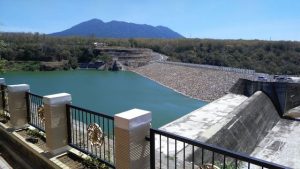 Located near Baluran National Park, Bajulmati Reservoir (Waduk Bajulmati) boasts a captivating panorama. Due to its natural charm with agglomerations of small bumps in the basin and clear water, this reservoir is often referred to as the Raja Ampat miniature. Having an area of about 91.93 hectares, the Bajulmati Reservoir was previously used as a micro hydropower plant, port, and for irrigation.