Riding the wave of the country’s improved economy, Bank International Indonesia (BII) senior vice president of wealth management and funding business Stefanus Willy Sukianto is determined to bring a division he leads toward escalating BII to the next level.

The increasing number of high income individuals has led to most banks paying more attention to the wealth management market. And BII is no exception. The bank has since 2008 rebranded the essence of wealth management through the presence of BII Platinum Access, which is inspired by the philosophy of lotus. 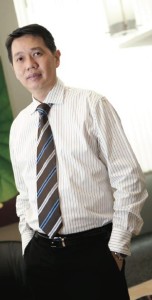 “As you know the lotus flower is viewed as a pure entity associated with harmony, peace and balance of life. These values are what we offer to our customers. In other words, we assure the customers that putting their money in BII means having us take care of their banking portfolios,” Stefanus says.

He further adds that the philosophy of lotus is also absorbed into five pillars, which have become the engine that drives BII Platinum Access to deliver its distinctive wealth management’s products and services at best.

The first pillar is wealth enhancement. “It is basically taking good care of customers’ financial needs, so their wealth is not only about asset but also mindset. Their wealth is something that they can pass to the next generation. Utilizing our expertise, we have the capacity to help customers improve the value of their wealth while creating their heritage,” he explains.

As the bank is aware of the importance of the personalized advisory, the second pillar led to the birth of an initiative that provides BII’s wealth management area with personal assistants who are always ready to serve the customers’ financial needs. “These customers sometimes need some advisories in order to optimize their wealth,” Stefanus remarks.

The essence of wealth management is basically allocating from one instrument to another with different asset classes. “Let’s say a customer with Rp 1 billion wants to invest in a back testing financial product. Back testing is the performance of a product within the last two years. Depending on the customer’s risk appetite and if the product has performed well, then we may offer it to the customer so as to achieve his or her financial goal for the next five years. Wealth management is about raise allocation, just like the term ‘don’t put your eggs in one basket’,” he explains. 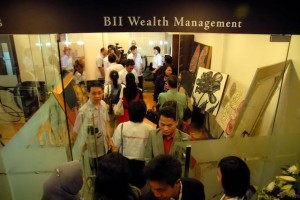 The next pillar is the extensive service. In addition to Internet banking service, customers can access to a 24-hour seven-day-a-week call center and more than 10,000 ATMs across the globe, allowing the customers to easily access to cash withdrawal from every corner of the world.

Quality of life and time is the pillar which is much inspired by the philosophy of lotus. The bank’s service excellence allows BII Platinum Access to organize exclusive activities based on the customers’ hobbies, lifestyle and preference such as gala dinner, family day, golfing, just to name a few.

No less interestingly, BII facilitates a wealth management lounge at each of fourteen BII Platinum Access Centers in different cities across Indonesia. The lounge provides a platinum access for premium customers to enjoy the bank’s wealth management services and facilities. “The presence of these lounges is truly the reflection of ‘privilege at your convenience’ as our last pillar. For that reason, we are targeting to increase the number of BII Platinum Access Centers to 26 at the end of the year,” Stefanus says. 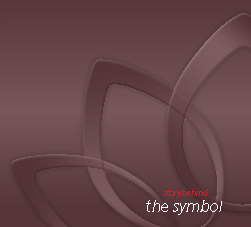 Holding bachelor’s degree in accounting from Trisakti University and master’s degree in management from Bina Nusantara University, Stefanus has been taking his current post since 2005. He previously took various posts at ABN Amro Bank from 1999 to 2005, was the head of division for finance controller and financial planning at Bank Danamon from 1995 to 1999, and SC manager at Arthur Andersen from 1989 to 1995.

In addition, he has taken seminars and trainings in leadership, capital intelligence, treasury risk and other related banking subjects in various countries throughout his career.

Stefanus’s education background was without doubt the key that opened him the door to his banking career. But his consistency in staying the course on the realm of banking and finance is what makes him become the savoir faire of a banker today.

As senior vice president of wealth management and funding business, Stefanus leads some 160 staff consisting of around 60 from the head office, 50 from the branches and 50 from the direct sales. 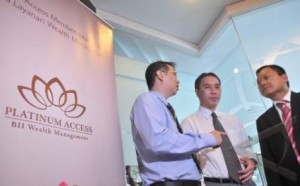 His current incumbency includes taking care of not only BII’s wealth management division, but also the bank’s funding business which covers investment and insurance as well as services of time deposit and current account.

Stefanus’s long-term goal is for BII to become the top five banks in Indonesia. “Our economy and more stable politics are now very conducive to banking industry. Looking at how my areas in wealth management and business funding have contributed to a significant increase in BII’s assets and revenues, I’m very confident that BII is on its way to escalate into a higher rank.”

Behind the success of his leadership and management, Stefanus values his subordinates’ perspectives toward maintaining a solid team. “Leadership is having the ability to create a journey and knowing the ultimate goal at the end of the journey. While management is how you utilize your know-how to manage your tasks and your people to deliver your goal,” he defines in his own words.