Blessed with abundant natural resources the Indonesian economy has enormous potential for long term growth and sustainability. Not only does the world’s fourth most populous country contain abundant commercial minerals and energy, like oil and gas, but Indonesia also has the world’s greatest geothermal potential, by a wide margin!

Geothermal energy produces heat and power extracted naturally occurring high temperatures in the earth, and is being promoted across the globe because geothermal plants have the potential to make large amounts of clean and renewable energy available with virtually zero emissions of carbon dioxide or other pollutants. 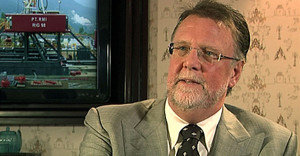 Bret Mattes, the CEO of Star Energy explains how simple technology has facilitated the process of transforming geothermal energy into electric power: “The basic technological breakthrough was to directly harness steam that occurs naturally in volcanic terrains like Indonesia’s. It is a relatively efficient process; put simply, wells are drilled that allow steam to flash to the surface to drive a turbine and generator to produce electricity. There are more than 100 volcanoes in Indonesia with the potential to produce natural heat energy sustain ably for decades.

Star Energy purchased and operates a geothermal plant at Wayang Windu in 2004 and is currently delivering 230 MW of electricity there, generated from two large turbines. Located 40 kilometer south east of Bandung, West Java, the Wayang Windu plant is a truly world-class facility – in fact: the most efficient geothermal power plan in the world. 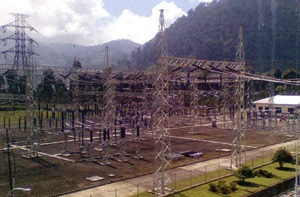 “There are two units currently operated from one turbine house at the Wayang Windu plant. The plant is the biggest single geothermal generation facility in the world. We are optimistic that by 2012 we will be delivering 400 MW of electricity from this facility” Bret asserts. “With 30 GW of geothermal power potential, Indonesia will become the world’s leading producer of geothermal electricity in the next few years. Star Energy will be an integral part of that growth. But we are also planning to leverage our technological knowledge and proven development capabilities to allow us to invest in geothermal projects overseas”.

As reported in The Jakarta Globe (June 22, 2009), the Minister of Energy and Mineral Resources Purnomo Yusgiantoro said that the government has set a road map to support the development of geothermal energy. By 2015 geothermal energy will account for 6 percent of Indonesia’s energy consumption, which is expected to be equivalent in energy terms to two million barrels of oil per day.

“Star Energy has recently applied to the United Nations for C02 emission credits from Unit 2 of the Wayang Windu operation. The plant is able to “displace” more than 600 thousand tonnes of carbon dioxide carbon per year, which could generate more than US$ 8 million per annum of additional revenue says Bret, who has held the post of CEO since 2007. 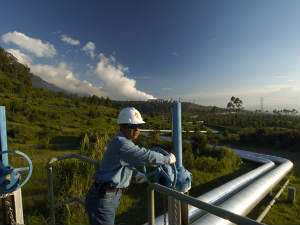 Bret said further that in addition to targeting increased power generation capacity at Wayang Windu, Star Energy is also seeking to expand its geothermal energy operations to other places across the archipelago. “We have received a license to develop another plant at Jailolo, West Halmahera. We are also pursuing three or four other potential opportunities on Java”.

Established in 2003 as an independent energy company, Star Energy is playing an increasingly important role in the country’s energy industry. Through Production Sharing Contracts (PSC) at Kakap (West Natuna Sea), Banyumas (Java), Sebatik (Kalimantan) and Sekayu (Sumatra), Star Energy is building its position as an upstream oil and gas developer and producer.

Nestled offshore in the Natuna Sea, Kakap PSC operates on 2,000 square kilometers of contract area on two separate blocks which contain both oil and gas fields. Current daily production is around 7,000 barrels of oil and 60-65 million cubic feet of natural gas. The natural gas is exported to Singapore. The Indonesian government has recently extended the production contract for Kakap to the year 2028.

The Sekayu PSC, operated by Star since 2007 has coal seam methane potential in addition to conventional oil and gas. The feasibility of the CSM is being studied under a cooperation agreement with Shell.

To complement Star Energy’s determined efforts to expand its business, the Company has shown its commitment toward supporting zero pollution, a healthy environment and increasing the prosperity of the communities where it works. As a Company holding international ISO 14001 and OHSAS 18001 certification, Star Energy has built its reputation not only in business development, but also in the area of corporate social responsibility.

In order to improve the income and welfare of local communities surrounding the Wayang Windu facilities, Star Energy has created an array of community development programs focusing on educational and assistance, economic empowerment, infrastructure, religion and health facilities.

Among the programs that the Company has funded are road construction, school constructional renovation, building health clinics, building and endowing mosques, and donating ambulances to name a few. No less important, Star Energy has given scholarships to local students at all levels, from elementary to university and technical college, with the total recipients reaching more than 1,400 students each year. The Company is also developing a program to support the training of geothermal engineers and business experts by funding university places, and employing young graduates and students. 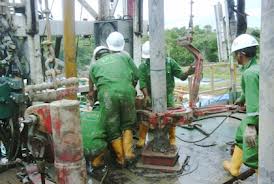 To acknowledge the splendid achievements in the Company’s community development programs, Star Energy has received a number of prestigious awards. The most stunning was a Gold PROPER Award in July 2008. “This accolade marks a historical point in Indonesian corporate history, as we are the only company in any industry sector that that has ever won a Gold PROPER Award from the National Government, Bret says proudly. “It is a recognition of Star’s efforts to increase the prosperity and welfare of the people in the Pengalengan area where we operate our geothermal plant.”

And while the Gold PROPER Award was presented in recognition of the contribution of Star’s Geothermal Business Unit, Kakap PSC is also one of the few oil and gas operators that have ever been given a Green Proper Award for the company’s contribution to offshore environmental management and safety management at its facilities in the Natuna Sea, and at its supply base at Matak in the Anambas Islands.

Asked what would be the next step after receiving these awards, Bret concluded, “Aside from aiming to be the country’s largest geothermal power producer, we want to be a significant player in oil and gas. We are looking to invest overseas but we will maintain our identity as an Indonesian company. And we always want to be seen as a Company that puts the health and welfare of its employees and the communities where it works ahead of production and profits.